The 64-megapixel camera phone will have a quad camera setup at the back. 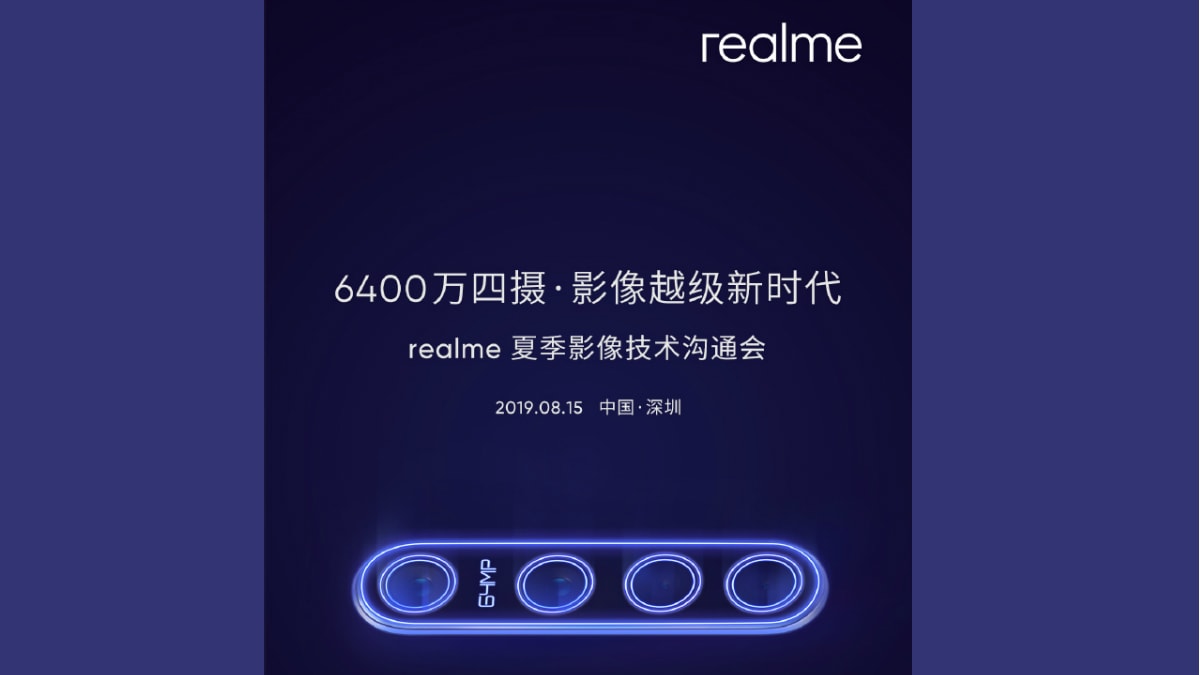 Realme has now confirmed that the 64-megapixel camera phone will launch in China on August 15. The company is set to showcase the same technology in India first on August 8, and make it official in China a week after. In its announcement post, Realme reiterates that the 64-megapixel camera phone will have a quad camera setup. Realme is rumoured to use Samsung's ISOCELL Bright GW1 sensor that was announced earlier this year, but there has been no confirmation from the company's end as of yet.

The Chinese brand has taken to Weibo to announce that the 64-megpixel camera phone will be launched in China soon after its launch in India. The company has confirmed that it will launch the phone in the Chinese market on August 15. The poster reveals little else, but reiterates that the phone will have a quad camera setup as well.

The company will launch this phone first in India on August 8. The name of this device is still a mystery so we're not sure it will part of the X series or will be introduced a brand new ‘camera-focussed' series. Realme India's CEO, Madhav Sheth also confirmed that India will be the first country to get this new phone.

The upcoming Realme phone is expected to integrate the Samsung's ISOCELL Bright GW1 sensor that was announced earlier this year. If Realme does use the Samsung sensor, the upcoming phone will be able to produce a 16-megapixel output in low-light conditions by merging four pixels into one using its Tetracell technology. The camera sensor can also descramble its colour filter to deliver full-size 64-megapixel shots. It brings support for real-time HDR of up to 100-decibels, and a remosaic algorithm for well-lit environments which should help improve picture quality.

Other details of the upcoming Realme phone are scarce at the moment, and the company should give out all details at its showcase event in India on August 8. Xiaomi is also gearing up to launch its 64-megapixel camera phone in China, and the launch date is set for August 7, i.e., tomorrow.