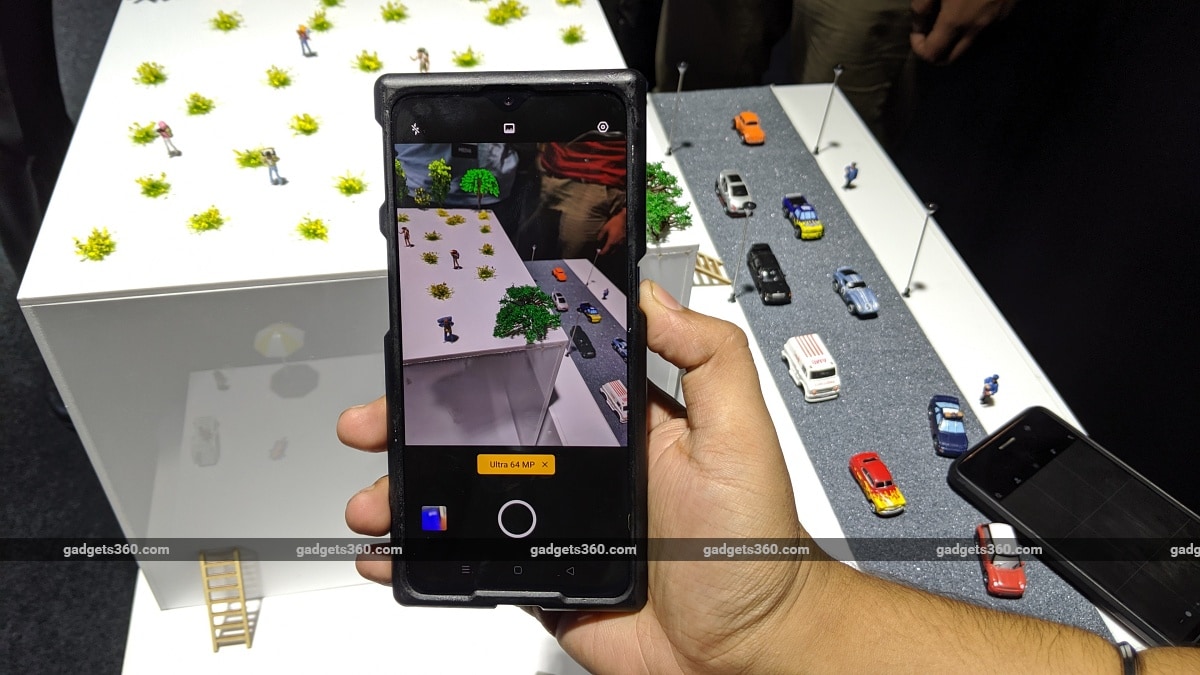 Just a day after Xiaomi talked about its 64-megapixel camera phone plans, Realme has detailed what it plans to do on the camera front over the coming months. At its camera innovation press event in New Delhi on Thursday, the company revealed it will be launching quad-camera smartphones in Realme series, Realme Pro series, and Realme X series. Realme also announced that it will be releasing its first 64-megapixel camera smartphone in India before Diwali, which means before October 27.

Realme did not share many specifics but the Chinese smartphone maker did reveal that it is using Samsung's ISOCELL Bright GW1 sensor for the 64-megapixel camera smartphone. If a teaser published by Realme on its official Twitter account is any indication – the company's upcoming Realme 5 and Realme 5 Pro smartphones will feature quad-camera setups, however the upcoming successor to Realme X will house the quad-camera setup with a 64-megapixel primary shooter. The company stated that it is only bringing one 64-megapixel camera phone in the near future.

Realme noted that the company has been working with Samsung for a long time, even before ISOCELL Bright GW1 went into production.

“We have been working closely with Samsung ISOCELL and created prototypes to start our development and testing work before GW1 was manufactured. Our goal was to make a camera with the highest resolution in the market,” the company said.

“The new Full-Function Quad Camera System on our smartphones will be packed with various features like Ultra Resolution, Super Wide Angle, Ultra Macro and Ultra Nightscape to provide our users an excellent camera experience,” Realme stated in a tweet.

The company has also shared a number of photos showing the various capabilities of the quad camera setup. Additionally, Realme noted that its upcoming 64-megapixel camera phone will include a 64-megapixel mode, allowing users to take 64-megapixel photos, in addition to the default pixel-binned 16-megapixel photos.

Here's how you get great details when you shoot with 64MP. The resolution advantage is obvious.#LeapToQuadCamera pic.twitter.com/3VSNvSyOvU

With a shorter focus distance, you can shoot detailed macro photos. Here's a look at some samples.#LeapToQuadCamera #realme #CameraInnovationevent pic.twitter.com/5o6TXNsfdK

No other details are available at this point, however as Realme stated that it plans to launch its first 64-megapixel camera phone in India before Diwali, we hope to hear more in the coming weeks.

The Best TV Shows on Hotstar in India
Vivo S1 vs Vivo V15 vs Vivo V15 Pro: What’s the Difference