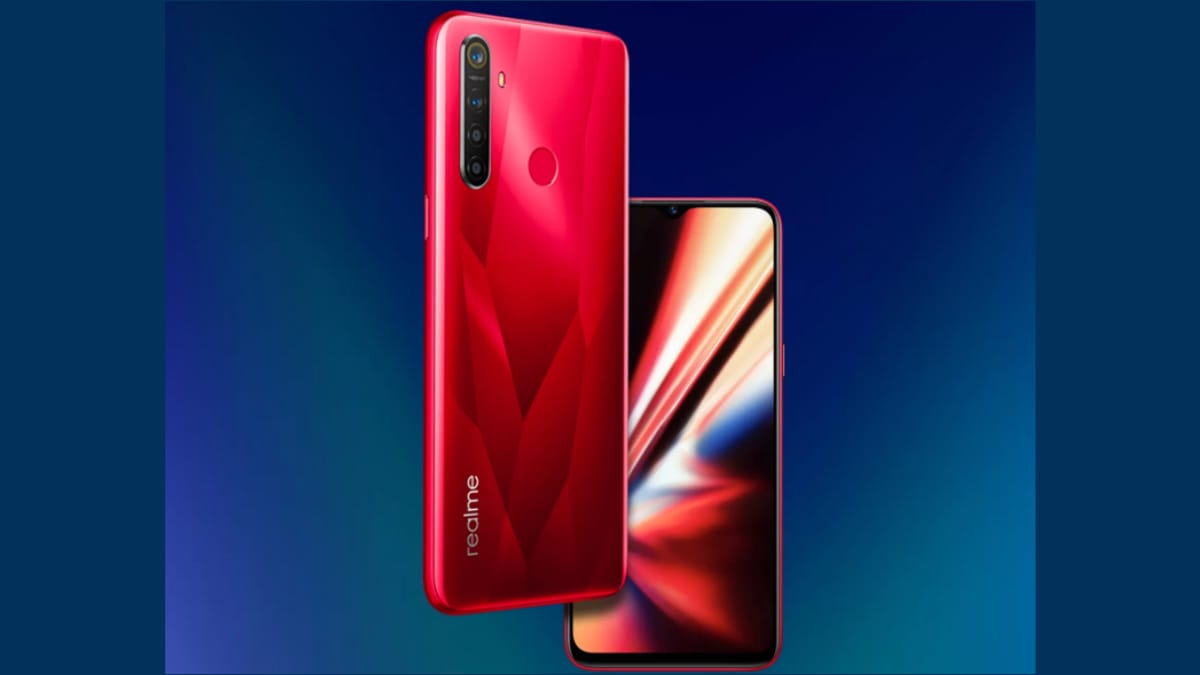 Realme 5s is set to launch on November 20

Realme 5s is all set to launch in India on November 20, and the company is revealing details about the phone bit by bit. The dedicated Flipkart teaser page is releasing information, and the latest nugget to be revealed is that the Realme 5s will sport a waterdrop-stye notch. Earlier, the Flipkart teaser page only had the back portion of the phone, but now it has been updated to add the front portion of the phone as well. The added photo confirms that the Realme 5s will sport a waterdrop-style notch just like the Realme 5 and Realme 5 Pro.

The Flipkart teaser page has been updated to show the front portion of the Realme 5s. The phone is seen to sport a waterdrop-style notch, and a slight chin at the bottom of the display. The power button is sitting on the right edge of the phone. To recall, both the Realme 5 and Realme 5 Pro also come with a waterdrop-style notch, and the Realme 5s will also come with the same display notch. The Realme 5s is also seen to sport a diamond-cut back panel and a quad rear camera setup. There is a 48-megapixel main sensor at the back, the teaser page confirms.

The teaser page also reiterates that the Realme 5s will pack a 5,000mAh battery. There is no further information about the phone's internal specifications, although design details are now completely revealed. The launch date is little less than a week away, and the company could reveal more information running up to it.

If we are to speculate, the sensor setup at the back will most likely be similar to the one on the Realme 5 Pro – a 48-megapixel primary camera, a wide-angle lens, a depth sensor, and a macro lens. It has been spotted on BIS (Bureau of Indian Standards) certification in India and the NBTC (National Broadcasting and Telecommunications Commission) certification in Thailand.