Realme 5s will flaunt a familiar diamond-cut pattern on the rear panel. Not much else is known about the Realme 5s for now. 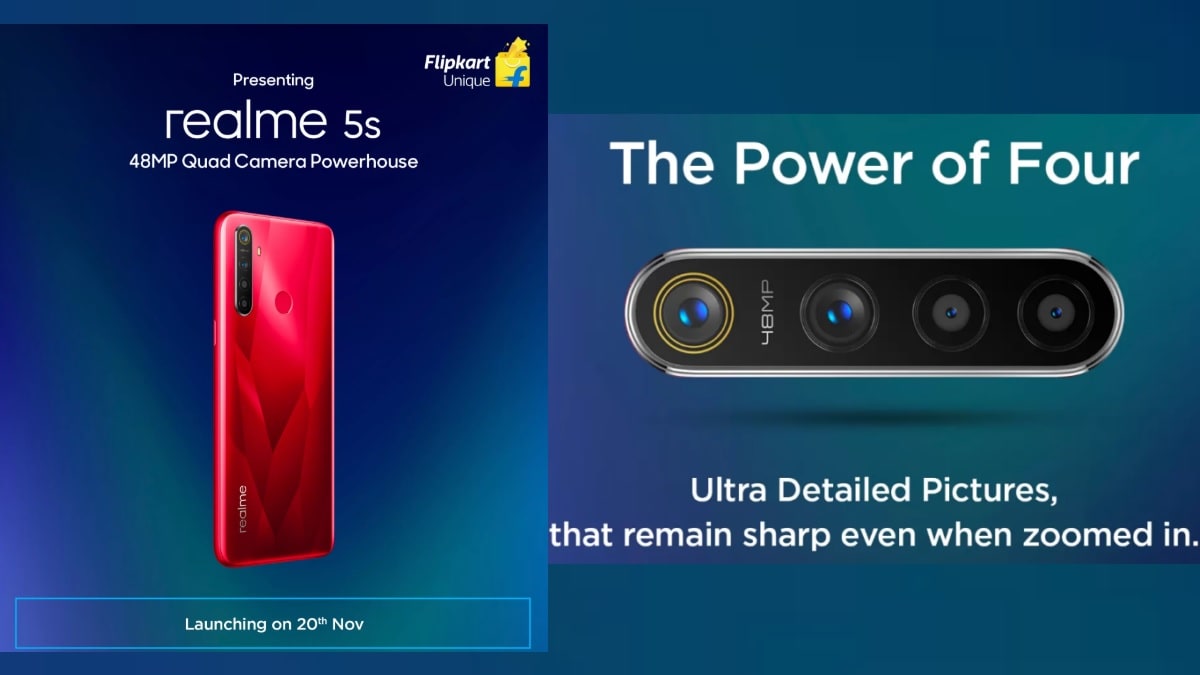 Realme 5s teasers began emerging recently, and now the company has confirmed the arrival of the smartphone on Flipkart. It will be launched in India on November 20, alongside the Realme X2 Pro. The teaser also gives us our first look at the Realme 5s sporting the familiar diamond-like pattern on the rear panel and quad rear cameras including a 48-megapixel primary camera. As the name suggests, the Realme 5s will be a mid-cycle upgrade that will succeed the Realme 5 with a few internal upgrades. A more recent teaser also confirmed a 5,000mAh battery.

The Realme 5s has scored a new teaser on the Flipkart website and app says that it will be launched in India on November 20, the same day the Realme X2 Pro flagship phone is set to make its debut in the country. As for the phone itself, the teaser page shows the Realme 5s sporting the diamond cut design we've seen on a host of Realme phones against a cherry red background. The “Flipkart Unique” branding indicates that the Realme 5s will be exclusive to Flipkart upon its launch later this month.

The teaser page does not reveal any further information about the phone's internal specifications. However, it is quite likely that the sensor setup at the back will most likely be similar to the one on the Realme 5 Pro – a 48-megapixel primary camera, a wide-angle lens, a depth sensor, and a macro lens. The Realme 5s will reportedly carry the model number RMX1925 and has already received the mandatory BIS (Bureau of Indian Standards) certification in India and the NBTC (National Broadcasting and Telecommunications Commission) certification in Thailand. A 5,000mAh battery is also confirmed.