Realme 3 - the much-awaited next smartphone in the Oppo spinoff's lineup - has finally been launched in India, at an event in New Delhi on Monday. The Realme 3 bears an upgraded front camera and design when compared to its predecessor Realme 2. Other highlights of the Realme 3 include a 3D gradient unibody design, dual rear camera setup, and a rear fingerprint sensor. The phone also sports a waterdrop-style notch and is powered by a MediaTek Helio P70 SoC with a 4,230mAh battery. Additionally, the Realme 3 runs on Android 9 Pie-based Color OS 6. The Realme 3 has been made available in two RAM + storage options in India, and will be sold via Flipkart and the Realme India site.

At the New Delhi launch event on Monday, Realme also announced that the Realme 3 Pro will be launched in India in April.

The Realme 3 price in India has been set at Rs. 8,999 for the 3GB RAM + 32GB storage option and Rs. 10,999 for the 4GB RAM + 64GB storage option. The phone will be made available in Dynamic Black, Radiant Blue, and Black colour options on Flipkart and Realme website exclusively. The first sale (only Dynamic Black and Black colour options) will be held on March 12 at 12pm (Noon) IST, and Realme says that the 3GB RAM variant price tag is part of an introductory offer for the first 1 million buyers. The Radiant Blue variant will be available from March 26, and it will be available via offline stores soon.

Launch offers include instant discount of Rs. 500 on HDFC Bank cards, Jio benefits worth Rs. 5,300 on Flipkart, and 20 percent SuperCash on MobiKwik if purchased through the Realme website. A Realme 3 Iconic Case will also be made available, in Black, Diamond Blue, and Yellow, priced at Rs. 599. 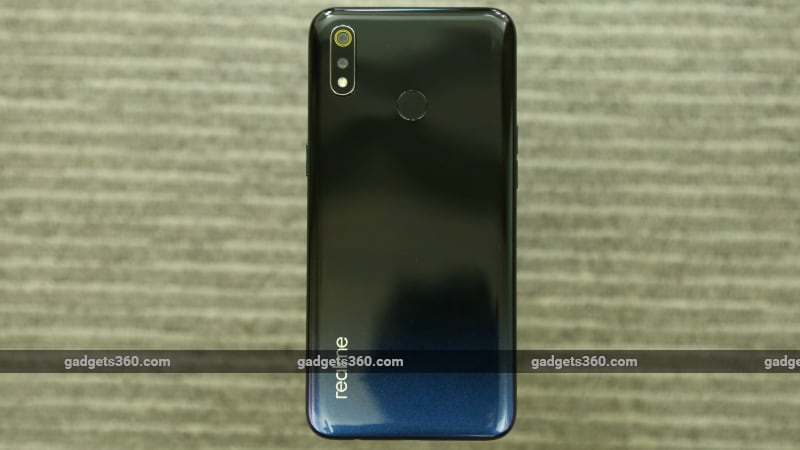 The Realme 3 packs a dual rear camera setup aligned vertically - with one 13-megapixel rear sensor with an f/1.8 aperture, apart from the 2-megapixel secondary sensor. Features include PDAF, Nightscape mode, Hybrid HDR, Chroma Boost, Portrait Mode, scene recognition, and more. Up front, there is another 13-megapixel sensor with an f/2.0 aperture and 1.12-micron pixels, apart from features like AI Beautification, HDR, and AI Face Unlock.

Realme 3 storage and other key features

Inbuilt storage on the Realme 3 is 32GB or 64GB, with the option to expand further using a dedicated microSD card slot (up to 256GB). The phone packs a 4,230mAh battery with an optimisation mode support. Connectivity options include Bluetooth 4.2, 2.4GHz Wi-Fi, OTG, Micro-USB port, and more. Sensors on board include accelerometer, ambient light sensor, digital compass, fingerprint sensor, and proximity sensor.

The Realme 3 measures at 156.1x75.6x8.3mm, and it weighs at 175 grams. It is powered by a 4,230mAh battery, coupled with a 10W charger. A Riding Mode feature has also been added, as well as Match Cards on AI Board, and Camera2 API support. The company will also be shipping the Realme 3 with an unlocked bootloader.

Further reading: Realme, Realme 3, Realme 3 Price in India, Realme 3 Specifications, Realme 2 features
Tasneem Akolawala Email Tasneem Tasneem Akolawala is a Senior Reporter for Gadgets 360. Her reporting expertise encompasses smartphones, wearables, apps, social media, and the overall tech industry. She reports out of Mumbai, and also writes about the ups and downs in the Indian telecom sector. Tasneem can be reached on Twitter at @MuteRiot, and leads, tips, and releases can be sent to tasneema@ndtv.com. More
Steven Spielberg Controversially Wants Netflix Out of Oscars, Netflix Responds
Google Refuses to Remove Controversial Saudi App 'Absher'