Realme has released a new teaser of the Realme 3 smartphone, revealing a dual rear camera setup and a rear fingerprint scanner. The phone is, separately, also reported to come in two variants powered by two different processors depending upon the region. The Realme 3 is now said to be powered by the MediaTek Helio P70 processor in India, and the global variant will be powered by the MediaTek Helio P60 SoC. Realme hasn't confirmed the launch date of the Realme 3, however it was earlier reported that the phone will hit the market in Q1 2019.

Realme Mobiles Twitter account has tweeted yet another photo of the upcoming Realme 3 revealing the back portion of the phone. The phone is seen to sport a dual rear camera setup aligned vertically and a rear fingerprint sensor as well. The device is seen to sport a diamond cut back case as well, indicating that the case will be launched alongside.

Android Authority separately reports Realme 3 will come in two processor variants. The publication received screenshots of two upcoming Realme devices with model number RMX1821 and RMX1825, and both the devices had different MediaTek chipsets. Realme confirmed to the publication that the two devices were in fact the Realme 3, and not the rumoured Realme A1. According to the report, the RMX1821 is the global variant with a MediaTek Helio P60 processor, and the RMX1825 model with the Helio P70 processor will be launched in India-only. The screenshots also suggest that the phones will sport 16:9 aspect ratio, and come with Bluetooth 4.2 support. 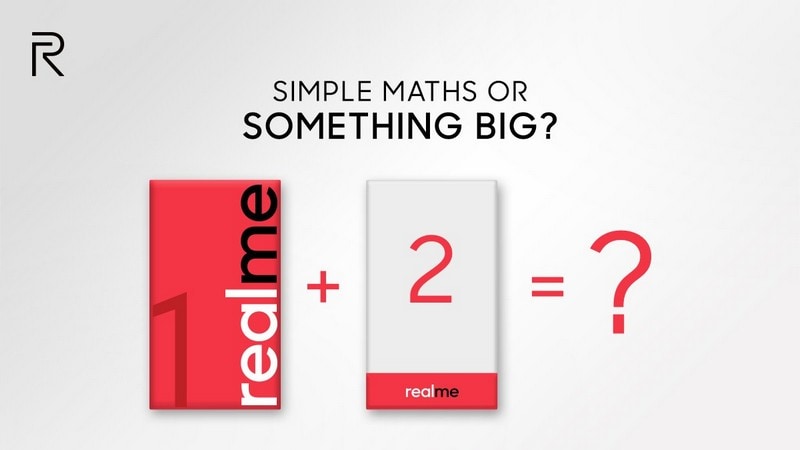 Realme CEO Madhav Sheth reportedly revealed last month that the Realme 3 will be launched in Q1 2019. Now that the teasers have started to come in, expect the phone to be launched soon. There's also noise about an upcoming smartphone that will come equipped with a 48-megapixel camera, however, there is no word whether it will be the Realme 3 or any other device. At the moment, details regarding the Realme 3 are shrouded in mystery.