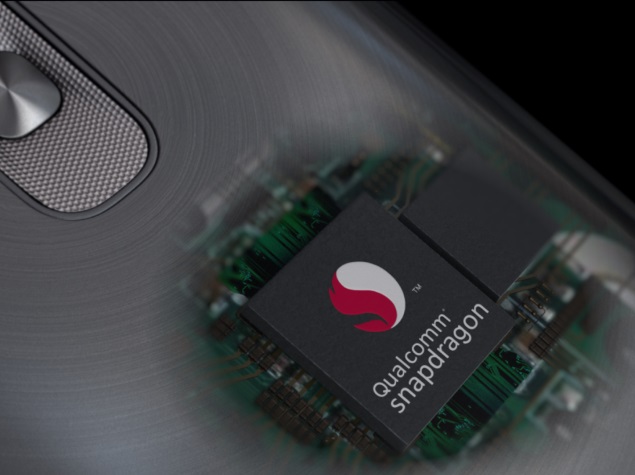 It seems however that Qualcomm has acknowledged the issue, and has a fix scheduled, tips a report. The Wall Street Journal reports (via GSM Arena) citing industry insiders that the chipmaker is developing an updated version of the chipset for Samsung. The report adds that Qualcomm will release the updated Qualcomm Snapdragon 810 SoC to Samsung in March.

If the report is to be believed, Samsung might not be able to use Qualcomm's Snapdragon 810 SoC inside the Galaxy S6 flagship that's expected to be unveiled at MWC 2015 at Barcelona in March, or delay the actual rollout until it receives shipments.

A recent report citing multiple sources suggested that Samsung at first would ship 80-90 percent of its Galaxy S6 smartphones featuring the Exynos chip and the remaining 10 percent using Qualcomm Snapdragon 810. As Qualcomm solves the Snapdragon 810's overheating issue, Samsung would slowly increase the processor's usage in its Galaxy S6 and reduce the number of Exynos-based devices.

For the uninitiated, the Qualcomm Snapdragon 810 chipset has already been used on the LG G Flex2 and Xiaomi Mi Note Pro, though while the former is due to launch by the end of this week, the latter is said to be awaiting shipments from Qualcomm.

Late last week, specifications of the Samsung Galaxy S6 surfaced on the Internet ahead of the much-anticipated launch. This was the first leak that actually included purported innards of the next flagship smartphone from Samsung.

The Samsung Galaxy S6 is said to include a 64-bit octa-core SoC (unspecified chipset) built on a 14nm node process. The handset is said to sport a 5.1-inch QHD Super AMOLED display offering an impressive 577ppi pixel density and boasting of Corning Gorilla Glass 4, all of which is definitely a major upgrade compared to the Samsung Galaxy S5 (which sports a 5.1-inch full-HD display). It will feature a 20-megapixel rear camera with OIS and a 5-megapixel front camera is also onboard. The source claims that the Galaxy S6 will come in three storage variants - 32GB, 64GB, and 128GB. There is a 2550mAh battery.

The Galaxy S6 is said to include built-in wireless charging, which has been largely seen being included in high-end smartphones. It will come with Quick connect charging that will offer up to four hours of usage on a 10 minute charge.