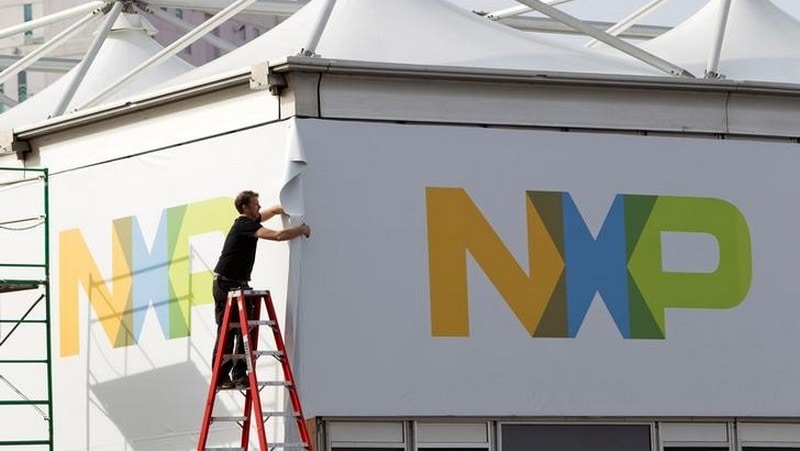 The acquisition has been caught in the crosshairs of rising US-China trade tensions, with sources saying an approval would depend on the progress of broader bilateral talks. The deal has got a nod from eight of the nine required global regulators, with Chinese clearance the only one pending.

Qualcomm is likely to meet Chinese regulators before US Commerce Secretary Wilbur Ross arrives in China on Saturday, the sources briefed on Qualcomm's discussions said.

A Qualcomm team and officials from the State Administration for Market Regulation (SAMR) met in Beijing on Friday and had "productive" talks, the sources said.

The San Diego-based firm is now "cautiously optimistic" the deal will go forward, one of the sources said, amid recent indications of a thaw in US-China trade tensions that has seen both sides propose tens of billions of dollars in tariffs.

On Friday, the Trump administration said it had reached a deal that would put ZTE Corp back in business after the Chinese telecommunications company pays a $1.3 billion (roughly Rs. 8,800 crores) fine and makes management changes.

Resolving the ZTE sales ban has been of chief importance to China's leadership. The firm was banned in April from buying US technology components for seven years after breaking an agreement it reached for violating US sanctions against Iran and North Korea.

"It feels as though it's getting close to the end," said the source quoted above.

Qualcomm did not immediately reply to an email from Reuters seeking comment on Sunday, while calls to NXP went unanswered outside regular business hours.

China's market regulator did not immediately respond to a faxed request for comment outside of business hours.

While there are no explicit ties between ZTE's problems, Sino-US trade tensions and Qualcomm-NXP merger clearance, there are "perceived linkages" and the timing of current discussions is "not coincidental", two of the sources said.

"The degree to which the two sides are moving to resolve trade tensions clearly has an impact," one source said.

Qualcomm in recent weeks has moved to restart discussions that have stalled since the end of last year.

The company in April was forced to refile its China anti-trust application to clear the NXP deal, after talks reached a dead end.

Earlier this month, China's anti-trust regulator approved Qualcomm's investment with a unit of state-owned Datang Telecom Technology Co. to design, package and test smartphone chipsets, one year after the joint venture was announced.