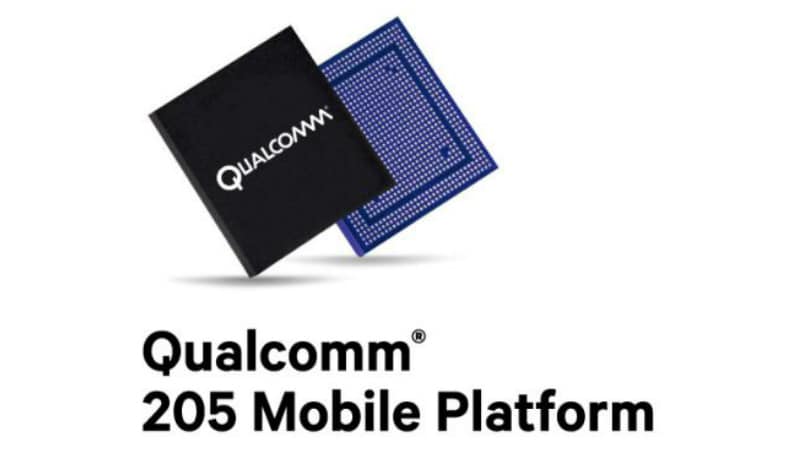 Qualcomm has taken the wraps off the Qualcomm 205 Mobile Platform, it newest offering aimed for the emerging markets. The new Qualcomm chip is targeted towards feature phones, and comes with LTE support - including 4G VoLTE. The main aim for Qualcomm here is to aim for the sub-$50 (roughly Rs. 3,500) feature phones that are popular in emerging markets like India, Latin America, and South East Asia.

The biggest highlight of the Qualcomm 205 SoC is support LTE Cat. 4 modem with up to 150Mbps download and 50Mbps upload speeds. It is designed to support consumers, micro-enterprises, and others, to economically communicate using advanced LTE data services such as Voice over LTE (VoLTE) and Voice over Wi-Fi (VoWi-Fi). This is significant as most feature phones these days don't have VoLTE support, and run on old 2G and 3G frequencies. The Nokia 3310 (2017) reboot was met with much fervour, but one big pain point noticed was that it only supports old frequencies, rendering it useless in many western countries (it won't support Reliance Jio network in India as well). The need for feature phones to get onto modern networks has become paramount, in order for increase in 4G VoLTE penetration.

In a blog post announcing the launch, the company said, "The Qualcomm 205 Mobile Platform is designed for OEMs and ODMs that service consumers who may otherwise be unable to gain access to high quality, affordable, reliable mobile devices."

Indian smartphone company Lava launched the Lava 4G Connect M1 last month, and touted it to be "the very first 4G-enabled smart feature phone in India". To enable this, Lava embedded a Spreadtrum chipset inside the phone, and was able to price it at Rs. 3,333.

Apart from 4G VoLTE support, Qualcomm 205 SoC connectivity options also include 3G and 2G networks, Wi-Fi 802.11 b/g/n, Bluetooth 4.1, FM radio, dual-SIM, and ANT+. The Qualcomm 205 SoC sports a dual-core CPU clocked at 1.1GHz. It can support up to 3-megapixel rear and selfie camera, and can boast of a VGA display at 480p. It also brings support for HD video streaming and Linux-based OS. The Qualcomm 205 Mobile Platform is available for OEMs and ODMs, and devices are expected to reach consumers as soon as second quarter of 2017. It also supports Linux-based OSes, and is pin-compatible with the Snapdragon 210/ 212, allowing OEMs and ODMs to quickly migrate their designs

This news comes soon after Qualcomm announced restructuring of its product offering, and renamed its Snapdragon 200-tier chips to Qualcomm Mobile. The company also stressed that it will start labelling processor to "platforms." The chipset maker further revealed that only premium mobile platforms will retain the Snapdragon branding.