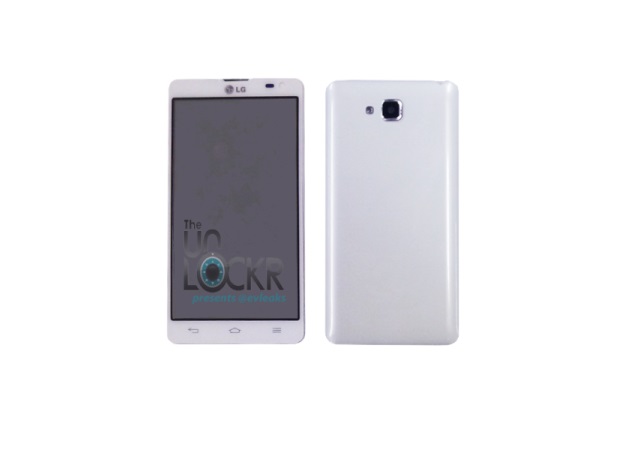 LG is busy with the global roll out of its latest flagship smartphone, the LG G2 which was launched earlier this month. However, the company is also working on the mid-range LG Optimus L9 II, if rumours are to be believed.

The Unlockr has revealed the specifications and image of the yet to be announced LG Optimus L9 II. The leaked image of the alleged Optimus L9 II reveals the design of the device which is quiet similar to its predecessor. However, in Optimus L9 II the physical home button present on the Optimus L9 has been replaced with three capacitive buttons beneath the screen for Back, Home and Settings.

As far as the specifications go, the LG Optimus L9 II is rumoured to be powered by a 1.2GHz dual-core Snapdragon S4 MSM8320 processor with Adreno 305 GPU. It is also likely to include 8GB of internal storage with expandable storage and 1GB of RAM. The device will sport an 8-megapixel rear camera with backside sensor illumination (BSI) feature and 1.3-megapixel front-facing camera. It could pack a 2150mAh battery. The Optimus L9 II is said to run on Android 4.1.2 Jelly Bean.

The South Korean handset major is working on successors to the Optimus L series of mid-range smartphones, with the LG Optimus L7 II, LG Optimus L5 II and LG Optimus L3 II already official. The LG Optimus L9 is the only device in the L range that does not have a successor, though this might change soon.