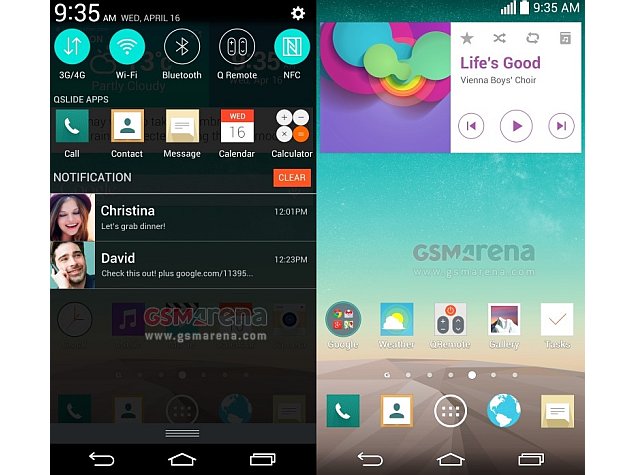 Amidst the rounds of rumours for LG's upcoming G3 smartphone, a bunch of images have surfaced online revealing what the user interface of the device would look like.

The images leaked by GSMArena show a flat, card-style design of the yet-to-arrive LG G3. The notification panel also sports a brand new look, in line with the rest of the interface, and looks bit cluttered due to its QSlide app tray. The panel also includes round-shaped icons, similar to what we have seen in the recently launched Samsung Galaxy S5. Nevertheless, the overall design of the user interface, said to be running over Android KitKat OS, seems clean and appealing.

The image further confirms that the LG G3 will sport a Quad-HD (1440x2560) resolution screen, which is no surprise, since that is the only piece of information about the company has officially confirmed till date.

It has been additionally mentioned that the UI may tout a new feature, which would give alerts to users based on their daily habits and routines. An example can be seen in one of the images (see below) that says "You may want to take an umbrella since rain is expected during the afternoon." 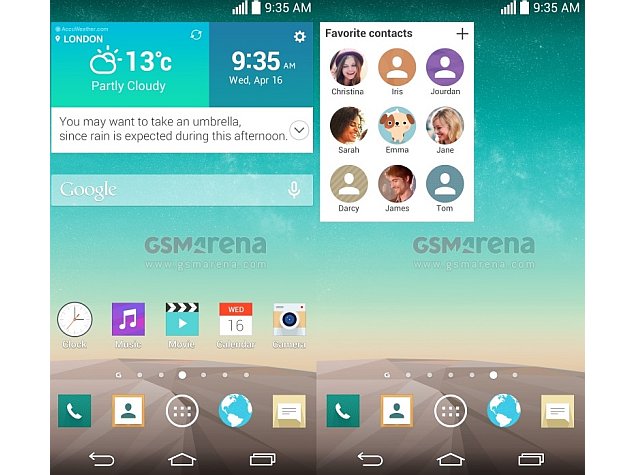 LG G3 hardware is expected to be based on the recently-leaked LG isai FL smartphone, a new image of which was leaked earlier this week. Said to be the Japanese variant of the G3, the isai FL is said to be powered by a quad-core 2.5GHz Snapdragon 801 processor alongside 2GB of RAM, will run Android 4.4 KitKat, sport a 5.5-inch LCD screen, come with 32GB inbuilt storage with microSD card support, and 3000mAh battery capacity.