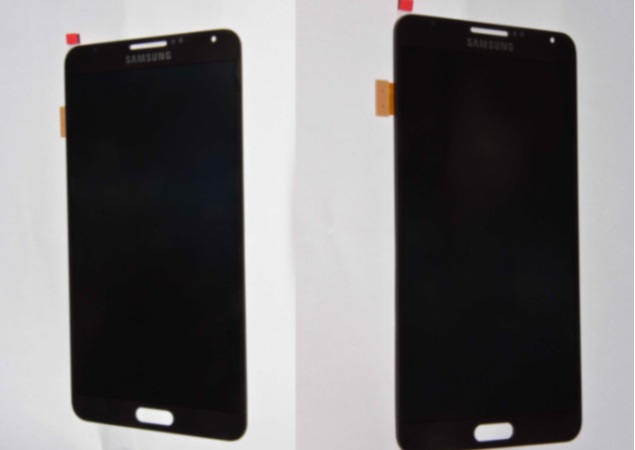 While Samsung is expected to unveil the Galaxy Note III phablet next week, rumours and leaks just don't stop pouring in.

A new set of leaked images of the alleged Galaxy Note III screen, have surfaced online, suggesting that the next Galaxy Note device will feature a 5.68-inch display.

Sonny Dickson who has leaked the new low cost iPhone, the next generation iPhone and their components several times this year, has posted an extensive array of photos which he claims, are of the Galaxy Note III. The images posted on the site show the design of the front panel of the yet to be announced Galaxy phablet. The images reveal that the alleged Galaxy Note III will be more rectangular in form-factor compared to its predecessor, Galaxy Note II, which featured rounded corners.

Meanwhile, Etradesupply, a supplier for cell phone parts has also posted an image revealing the exact measurements of the display and of the side bezel. The site claims that the display would be 5.68-inches while the side bezel would measure 2.2mm. 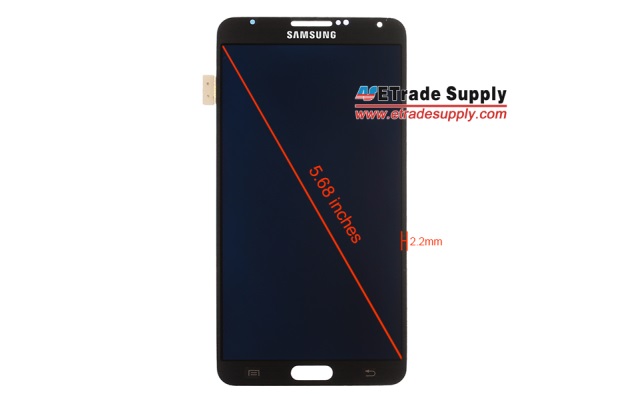 Earlier, a Samsung official confirmed that the company will unveil the next generation Galaxy Note device and the long-rumoured Galaxy Gear smart watch at an event on September 4.

The Samsung Galaxy Note III is rumoured to feature a full-HD Super AMOLED display with a resolution of 1080x1920 pixels. It is likely to be powered by a quad-core Snapdragon 800/ Exynos octa-core processor with 3GB of RAM. The Galaxy Note III will reportedly come with the lowest storage capacity of 32GB. It is rumoured to boast of a 13-megapixel rear camera, a 3,200mAh battery, and run Android 4.3 Jelly Bean.