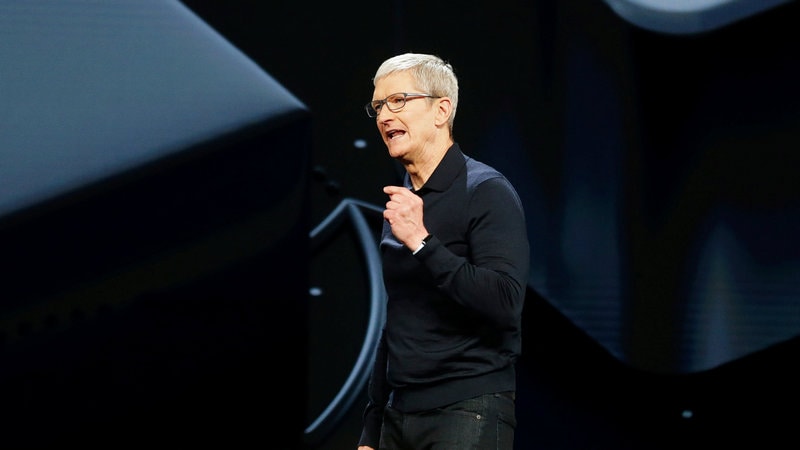 President Donald Trump told Apple Chief Executive Tim Cook that the US government would not levy tariffs on iPhones assembled in China, the New York Times reported on Monday, citing a source familiar with the negotiations.

The newspaper reported that Cook travelled to the White House last month to warn Trump of the potentially adverse effects of Trump's trade policies on Apple in China but did not specify precisely when Trump made the commitment to Cook. Apple and the White House were not immediately available for comment.

A list of tariffs proposed in April largely excluded consumer electronics. But last week, Trump unveiled a revised list that included several categories of chips, raising fears that tariffs could impact the US technology sector.

Trump said he was pushing ahead with hefty tariffs on $50 billion (roughly Rs. 3.41 lakh crores) of Chinese imports on Friday, and the smouldering trade war between the world's two largest economies showed signs of igniting as Beijing immediately vowed to respond in kind. Trump laid out a list of more than 800 strategically important imports from China that would be subject to a 25 percent tariff starting on July 6, including cars, the latest hard-line stance on trade by a US president who has already been wrangling with allies.

China's Commerce Ministry said it would respond with tariffs "of the same scale and strength" and that any previous trade deals with Trump were "invalid." The official Xinhua news agency said China would impose 25 percent tariffs on 659 US products, ranging from soybeans and autos to seafood.