Polaroid has launched two new Android smartphones dubbed Power and Snap at the ongoing CES 2016 event. The American company, popular for its Polaroid instant films and cameras, announced that the Polaroid Power unlocked smartphone will be available starting Spring 2016 and will be retailing at $249.99 (approximately Rs. 16,750).

On the other hand, the Polaroid Snap unlocked smartphone will be available starting next month and will come in three models featuring 5, 5.5, and 6-inch display. The company announced that the Snap will come at an MSRP (manufacturer's suggested retail price) of $129.99 - $179.99 (approximately Rs. 8,700- 12,000) based on the different screen sizes.

Both the smartphones have been designed and manufactured by Southern Telecom, which is an authorised Polaroid licensee. Both the handsets run Android 5.1.1 Lollipop out-of-the-box and are upgradeable to Android 6.0 Marshmallow. Polaroid however has not revealed any time-frame for Marshmallow update for the smartphones.

For specifications, the Polaroid Power features a 6-inch display with full-HD screen resolution of 1080x1920 pixels. The smartphone is powered by an octa-core processor clubbed with 3GB of RAM. It comes with 32GB of inbuilt storage. There is a 13-megapixel rear camera with LED flash while also sports an 8-megapixel front camera. It is backed by a 3000mAh battery and supports 4G LTE connectivity option. The company has listed that the Polaroid Power smartphone will come with an additional 8000mAh external power bank. Polaroid so far has not confirmed whether the power bank will be bundled with the handset or consumers will have to pay for it. 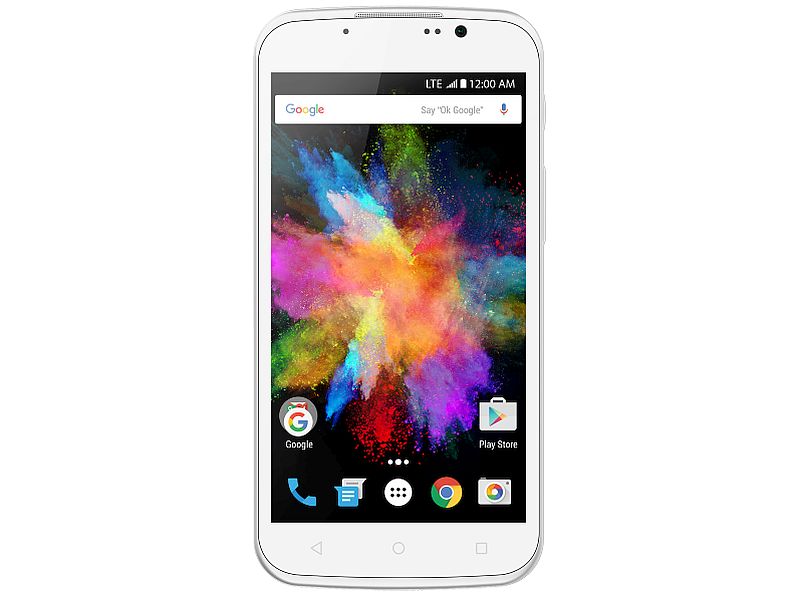 The Polaroid Snap (seen above) will be available three models based on screen sizes - 5-inch, 5.5-inch, and 6-inch. Apart from the screen size, there is no difference between the models. The Polaroid Snap phones features a HD (720x1280 pixels) screen resolution and is powered by a quad-core processor coupled with 2GB of RAM. There is 16GB of storage that can be expanded via microSD card. The company on the Snap smartphone's listing notes that the handset will also come with 1GB of RAM and 8GB of storage option; though has not clarified which model will come with what RAM and storage capacities. We expect the company to confirm the details of each Snap model at launch. It sports a 13-megapixel rear camera and a 5-megapixel front camera is also on board. Both the rear and front cameras come with LED flash. Unfortunately, there is no word on the battery capacity of the three Snap models.

Polaroid - commenting on the launch, Polaroid President and CEO Scott W. Hardy said, "We're expanding our unlocked smartphone line with a focus on enhanced camera capabilities, upgraded features and providing even more choices for consumers to customize their mobile lifestyles. Our new smartphone line complements a family of Polaroid products that embody what the brand is most well-known for; offering consumers fun and affordable ways to instantly capture and share memories with their friends and family. We're proud to introduce the Polaroid Snap and the Polaroid Power smartphones as an affordable option for consumers who are seeking to do exactly that with their mobile device."