The Poco X3 NFC is tipped to carry a 6.67-inch display with a hole-punch cutout in the centre. 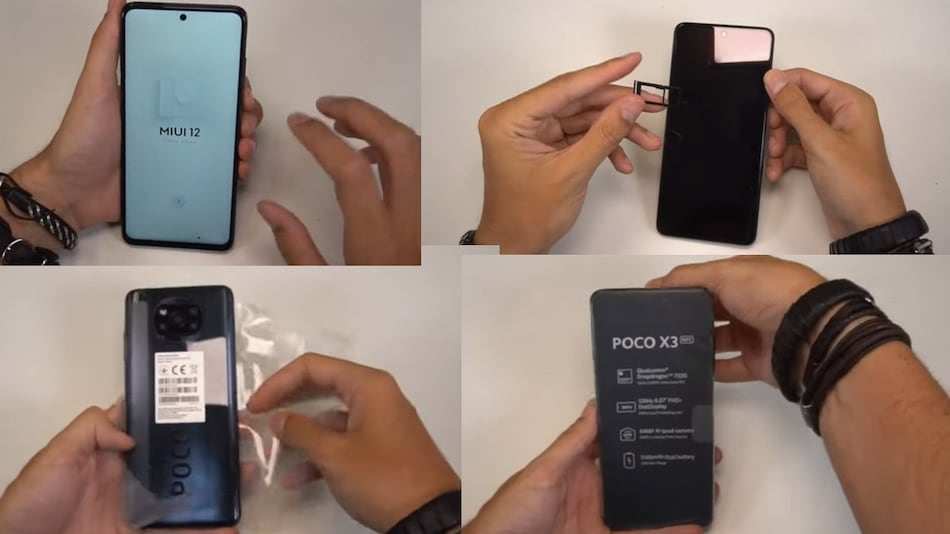 Poco X3 NFC is all set to break cover in a few days as the company has confirmed September 7 as launch date. Poco has also been teasing about the upcoming smartphone but now, the details about the phone have leaked in an alleged hands-on video of the smartphone. The hands-on video that has now been taken down showed the design of the Poco X3 with a few key specifications of the smartphone. That's not all, the Poco X3 also surfaced online via Shopee retailer website, tipping the price of the upcoming smartphone.

The Poco X3 NFC popped up online via a hands-on video that was published by a Spanish YouTube Channel Tecvideos TV and was spotted by tipster Abhishek Yadav who posted about the leaked video on Twitter. The user also posted detailed specifications of the device translated from the Spanish video. The Spanish video that has now been taken down mentioned some key specifications of the phone. The Poco X3 NFC is tipped to pack 6GB RAM and 64GB of onboard storage. The presence of Qualcomm Snapdragon 732G SoC is already confirmed.

There is tipped to be another variant with 128GB of onboard storage but its RAM capacity is not known. The phone is tipped to carry a 6.67-inch LCD display with a hole-punch cutout at the centre for a 20-megapixel selfie camera. There is also said to be Corning Gorilla Glass 5 protection on the display. The fingerprint scanner on the Poco X3 NFC is seen on the side of the device that will also double up as a power button. It was spotted running MIUI 12 in the unboxing video that is tipped to be running on top of Android 10.

Additionally, the Poco X3 NFC is already known to sport a quad-camera setup with a 64-megapixel primary shooter. The latest leak suggest the other three cameras - 8-megapixel ultra-wide angle shooter, a 5-megapixel macro camera, and a 2-megapixel depth camera. We also know that Poco X3 NFC will pack a 5160mAh battery and have support for 33W fast charging.

Some of these leaks are in line with previous rumours about the Poco X3 NFC. With the official launch scheduled to happen in a couple of days, we wouldn't have to wait for long for pricing and availability details.

MSI, Gigabyte, Zotac, Others Announce GeForce RTX 3070, 3080, 3090 Graphics Cards
No Time to Die New Trailer Wonders ‘Where the Hell’ Has Bond Been