One of the live Poco X2 images hints at dual speakers.

Poco X2 India launch is just a few days away. But ahead of the official launch, the rumour mill has added a few live images suggesting the design of the upcoming Poco phone. The Poco X2 is so far speculated as a tweaked version of the Redmi K30 that Xiaomi launched in China last month. The live images also hint at some of its similarities with the latest Redmi K-series phone. Additionally, the images suggest some hardware specifications and software details of the Poco X2.

A tipster who goes by the pseudonym TechDroider on Twitter has leaked four distinct live images that are claimed to be of the Poco X2. The images show the design of the smartphone that has a hole-punch display with a room for dual selfie cameras. One of the leaked images also highlights a large earpiece that could include a loudspeaker -- hints at dual speakers on the new Poco phone. This is unlike the Poco F1 that had just one loudspeaker.

Another image shared by the tipster shows a system setting screen that includes the name of the Poco X2 as well as highlights the presence of MIUI 11.0.2 on the smartphone. The unit appears to have the dated, November 2019 Android security patch, though it could be due to a prototype. We may get a fresh Android security patch on the commercial unit launching next week. 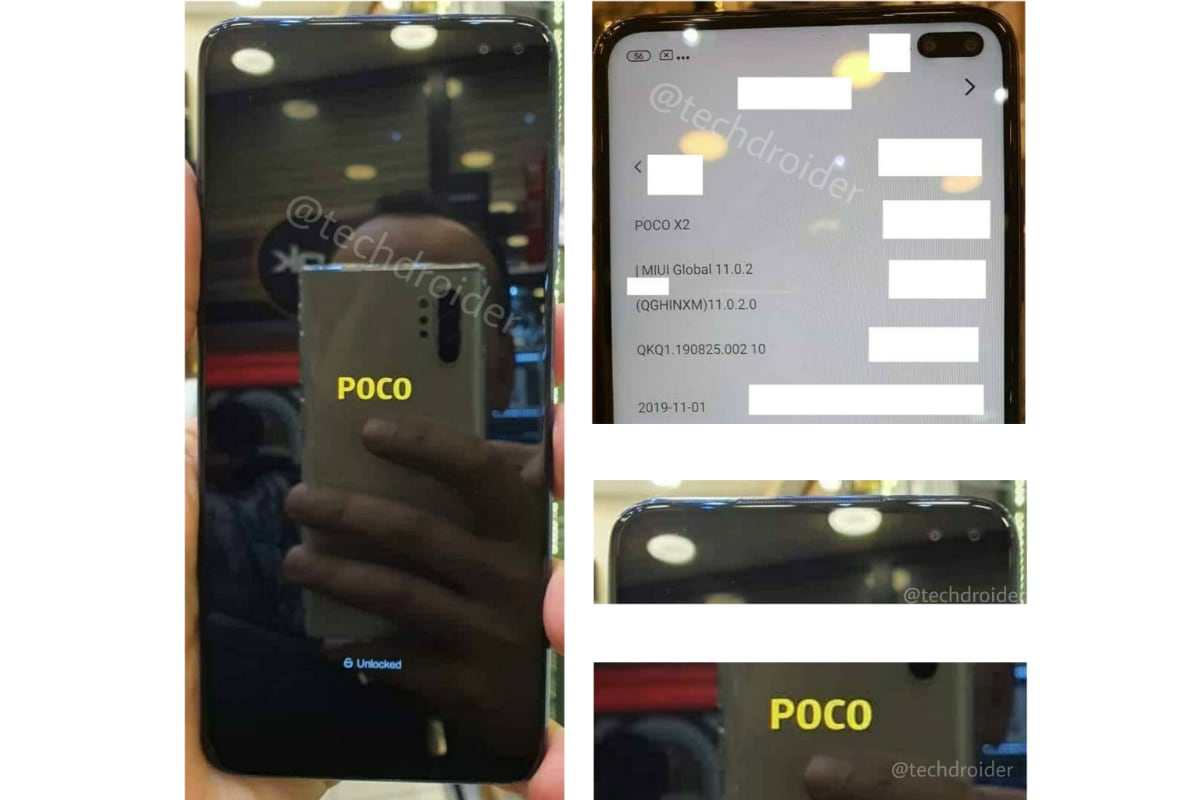 Separately, another tipster on Twitter with handle @andrei_eclynoh has posted another live image that purportedly shows the Poco X2 with a screen showing AnTuTu benchmark. It suggests that the phone is powered by the Qualcomm Snapdragon 730G SoC, the processor that's already powering the 4G variant of the Redmi K30. The screen shared by the tipster also shows the presence of Android 10 on the smartphone.

To recall, the Poco X2 launch in India is scheduled for Tuesday, February 4. The smartphone has been teased on Flipkart and confirmed to feature a 120Hz display. Moreover, it will be the first model by Poco India that has recently been separated by Xiaomi.