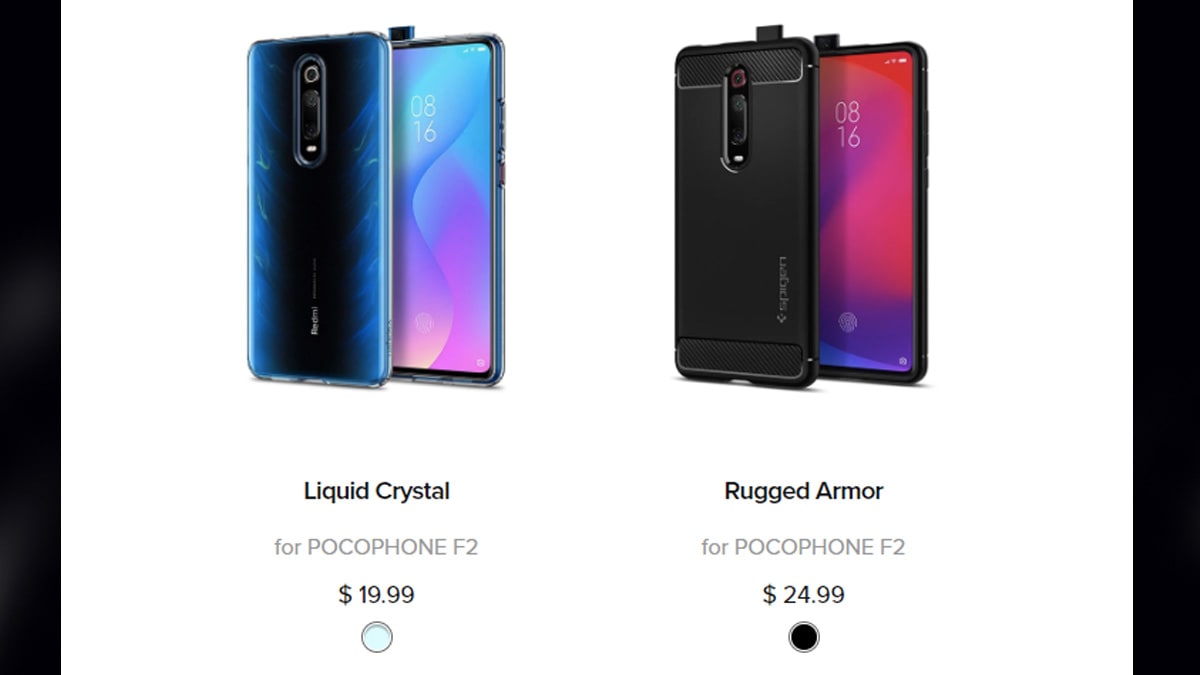 Xiaomi's Poco F1 managed to gain a lot of followers for what it offered. This 2018 smartphone packed in last year's flagship processor, the Qualcomm Snapdragon 845 SoC, and was priced aggressively undercutting every other similarly specced smartphone. People have been waiting for a successor to the Poco F1 and it looks like their prayers will soon be answered. Popular case manufacturer Spigen jumped the gun and accidentally revealed cases for the Poco F2, tipping the existence of such a smartphone.

As spotted by Mashable India, the Spigen website briefly listed Liquid Crystal and Rugged Armor cases for the unreleased Poco F2 aka Pocophone F2, tipping its design. From the listing, now pulled down, it is evident that the Poco F2 looks a lot like the Redmi K20 and the Redmi K20 Pro. It could be possible that Xiaomi is using the same design as the Redmi K20 Pro to keep the cost down. If this is the case, then the Poco F2 will sport a notch-less display and have a pop-up selfie camera instead.

Spigen is a popular case manufacturer and it is possible that it has information about the upcoming smartphone. As we mentioned, the case maker has pulled the Poco F2 case listing page down at the time of filing this news.

The Redmi K20 Pro was launched earlier this year and was powered by a Qualcomm Snapdragon 855 SoC and had 8GB of RAM. It is possible that Xiaomi could upgrade the SoC to the newer Snapdragon 855+.

Xiaomi's close competitor Realme has already launched the Realme X2 Pro in China and is expected to launch in India on November 20. Xiaomi could launch the Poco F2 in India to compete with Realme. It'll be interesting to see how these smartphones are priced.