Poco F1 has started receiving the new MIUI 12 update. The phone was launched two years ago, and Poco is still offering software support for the handset. The version number for the latest update is MIUI V12.0.2.0.QEJMIXM and its size is reported to be 790MB. All Poco F1 users should check for the update in their Updater app, if they haven't received a notification yet. It may be a while before all users are able to see the update.

Poco India General Manager C Manmohan took to Twitter to confirm that the Poco F1 is receiving the new MIUI 12 Stable ROM update. Users have also taken to Twitter sharing screenshots of what the update brings. The changelog confirms that the update brings new system animations and system visuals. Apart from all of the new goodies with MIUI 12, it also brings the September 2020 Android security patch.Manmohan also shared a user tweet suggesting that the phone had received July 2020 patch in August this year. 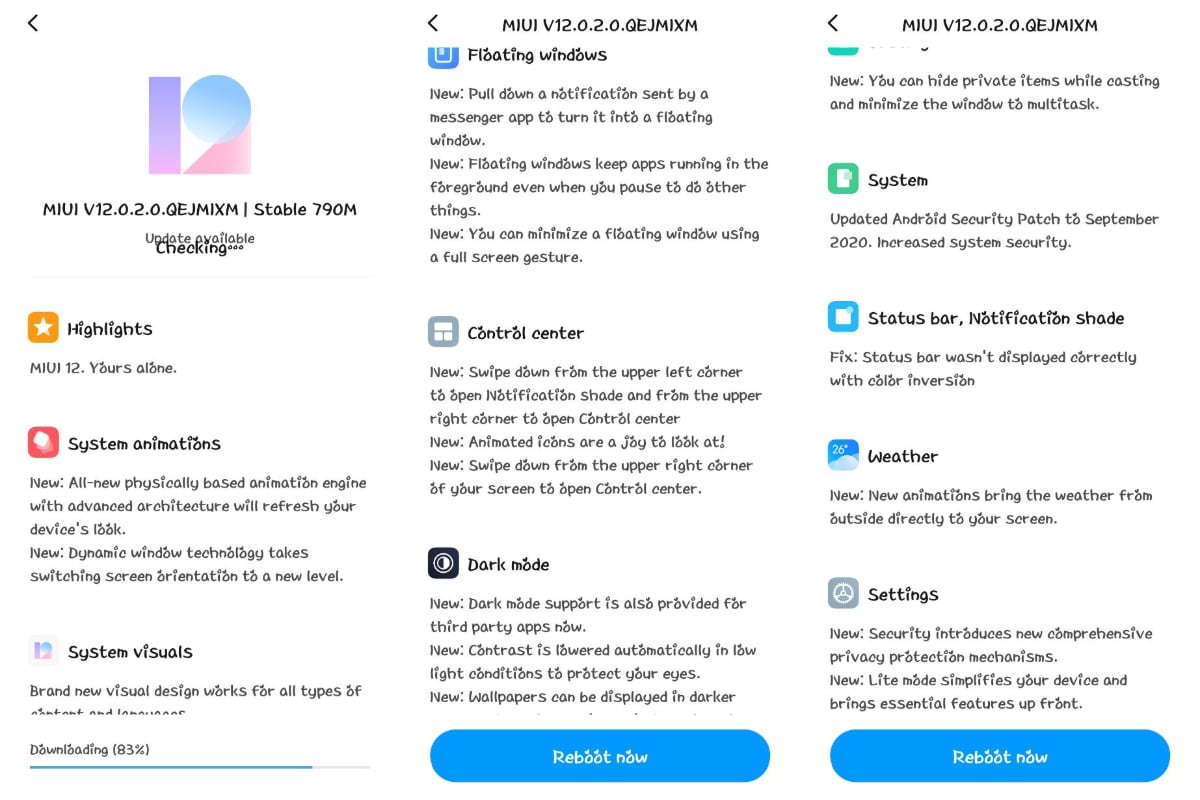 Screenshots show that the Poco F1 update comes with the version number MIUI V12.0.2.0.QEJMIXM and the size is at 790MB.To ensure smooth installation, it is recommended to install the update under good Wi-Fi connection and while the phone is on charge, or with sufficient battery left.

To recall, the Poco F1 was launched in India back in August 2018. It has since then received several updates and price cuts as well. Key specifications include a 6.18-inch full-HD+ display and is powered by an octa-core Qualcomm Snapdragon 845 SoC. The phone packs up to 8GB of RAM and up to 128GB of storage.

The Poco F1 phone also sports a dual rear camera setup that includes a 12-megapixel Sony IMX363 primary sensor and a 20-megapixel selfie camera along with a dedicated IR light sensor. Furthermore, the phone packs a 4,000mAh battery with 18W charging support and a Quick Charge 3-compatible charger is bundled in the box.