Poco F1 has started receiving MIUI 11 Global Stable ROM update based on Android 10. The new update brings software version 11.0.4.0.QEJMIXM and is initially available for beta testers and Mi Pilot users, Poco announced through a forum post on Mi Community. This means that the initial rollout is of a limited nature. Nevertheless, if everything goes well, Poco has promised to release the stable version for all Poco F1 users. The update for the Poco F1 comes along with the January Android security patch, if we believe some user reports.

The Poco team has announced through a forum post on the Mi Community forums that the MIUI 11 Global Stable update has initially been rolled out for beta testers and Mi Pilot users. The update comes with software version 11.0.4.0.QEJMIXM and is rolling out as an over-the-air (OTA) package.

Although the initial rollout is limited for beta testers -- sort of a soak test -- it is expected to debut for all Poco F1 users in the coming days.

“If everything goes normal with the update, it will be released for public within a few days,” the Poco team writes in its forum post announcing the update.

Multiple users on Mi Community forums and Twitter have reported about the rollout alongside providing screenshots. The screenshots show the changelog that includes some performance improvements and fixes to notification shade, scrolling screenshots, and Game Turbo. The screenshots shared by users also highlight that the latest MIUI update for the Poco F1 comes along with the January 1 Android security patch. Furthermore, the update appears to be 1.9GB in size. 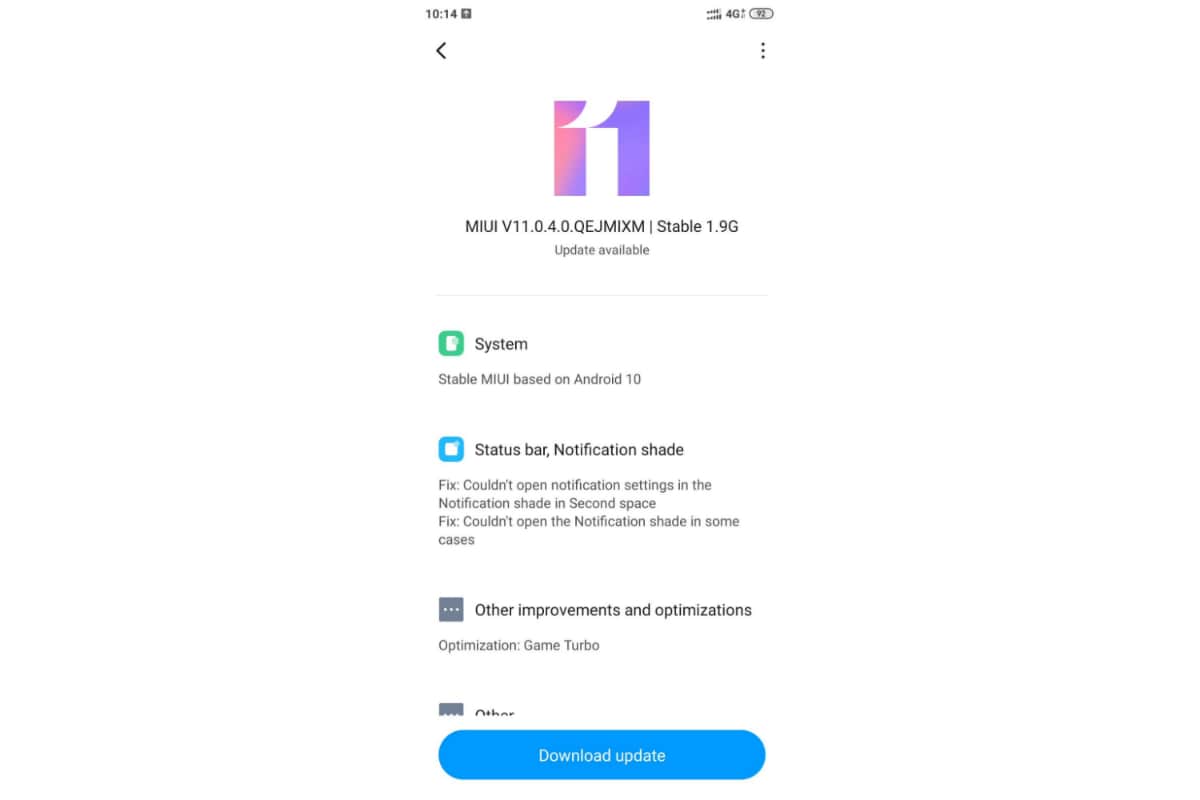 While responding to a user query, Poco India General Manager C Manmohan on Tuesday confirmed the Android 10 rollout for the Poco F1 users in the country. The executive, however, didn't specify any exact timeline.

We've reached out to Poco India for clarity on the update and will update this space when we hear back.

Xiaomi brought Poco as its sub-brand to target young smartphone customers. However, late last week, it separated Poco as an independent brand.