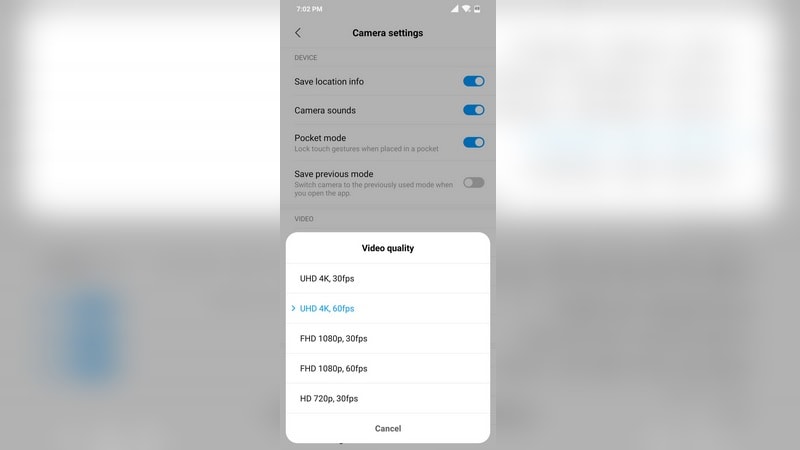 Earlier this year, Poco India promised that the flagship Poco F1 will get soon support for recording 4K videos at 60fps via an OTA update. The aforementioned update, which was expected to arrive at some point in February, has reportedly finally begun rolling out for Poco F1 users - though for now, it is only in beta. The MIUI 10 9.3.1 beta update brings the ability to shoot 4K videos at 60fps, raising up the frame rate for recording 4K videos from the native 30fps mark. The update was announced on March 1, 2019 and also brings the 4K 60fps video recording feature to the Mi 8 and the Mi 8 Pro.

The General Manager of Poco India, C Manmohan, recently revealed via a tweet that the Poco F1 is now receiving a new MIUI beta update that brings the ability to shoot 4K videos at 60fps. He further added that the feature will soon be rolled out to all Poco F1 users via the stable channel, however, he did not reveal when that aforementioned stable update's release would commence. XDA-Developers reports that the Xiaomi Mi 8 and the Mi 8 Pro have also received that introduces the 4K 60fps video recording feature. Xiaomi's announcement of the update can be found here.

As for the Poco F1 Pro, it recently received the MIUI 10.2.2.0 Global Stable update that introduced the ability to capture slo-mo videos at 960fps. It also brought an enhanced low-light mode for better low-light photography as well as the December 2018 Android security patch. Additionally, the Poco F1 finally gained the Widewine L1 certification via a beta update. However, the certification appeared to be half-baked as it only allowed HD content streaming on Amazon Prime Video and Hotstar, and not on Netflix.

Facebook Executives Set to Depose Before Parliamentary Panel on Wednesday