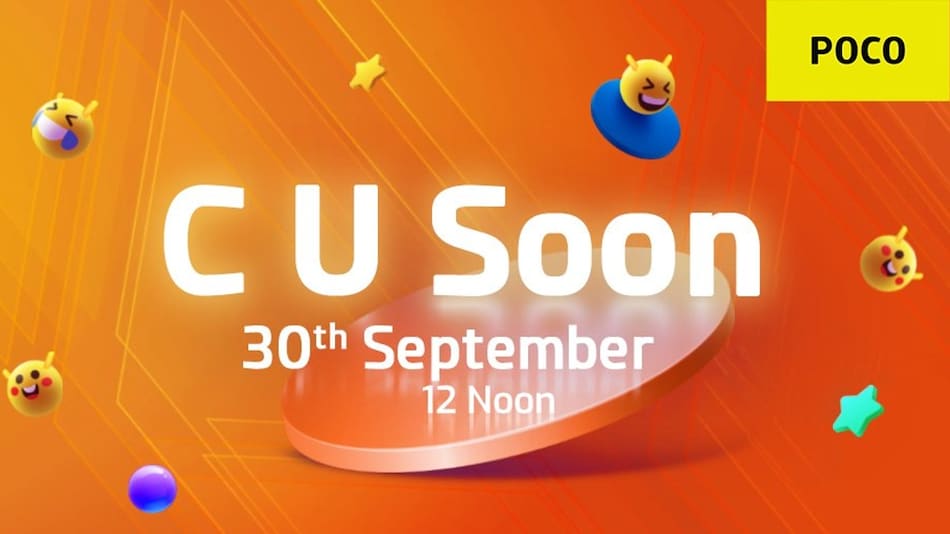 Poco C series in India is expected to add a new model on September 30 as the brand released a teaser image on social media on Thursday. Although details about the new model are yet to be revealed, it is speculated as the Poco C4 — the successor to the Poco C3 that was launched in the country last year. The earlier model came as a slightly tweaked version of the Redmi 9C and came with features including triple rear cameras and a waterdrop-style display notch.

The official Poco India account on Twitter posted the teaser to hint at the forthcoming launch of a new Poco C-series phone. The launch will take place at 12pm (noon) on September 30, according to the teaser.

Shortly after the teaser was posted by the Xiaomi spin-off brand, some of its followers commented to speculate the launch of the Poco C4. This could be the successor to the Poco C3 that was launched in October last year as the most affordable Poco phone. The official teaser image doesn't give any specific details and just says, “C U Soon,” suggesting the launch of a new model in the Poco C series.

The Poco C3 crossed the sales record of a million units in India in January that grew further to over two million in August. The phone also received a price cut earlier this year and is currently available for purchase with a starting price of Rs. 7,349 for the 3GB RAM + 32GB storage variant. There is also a 4GB RAM + 64GB storage option that is priced at Rs. 8,349.

On the specifications front, the Poco C3 features a 6.53-inch HD+ (720x1,600 pixels) display with a 20:9 aspect ratio and an octa-core MediaTek Helio G35 SoC, coupled with up to 4GB of RAM. The phone also comes with the triple rear camera setup that includes a 13-megapixel primary sensor, and a 5-megapixel selfie camera sensor is available at the front. It packs a 5,000mAh battery with 10W charging and carries a Micro-USB port. The Poco C3 also supports storage expansion (up to 512GB) through a dedicated microSD card slot.