Google Pixel phones will get the April security patch in phases.

Google Pixel 4 phones are now receiving a new software update that brings an upgrade to Face Unlock and April Android security patch. The new update that was rolled out on Monday adds option for 'eyes to be open' while using the Face Unlock security feature to unlock Pixel 4 smartphones. Google has also rolled out the April security patch for Google Pixel 2, Pixel 3 and Pixel 3a models that includes several bug fixes. The company added that the over-the-air (OTA) update will be rolled out in "phases depending on carrier and device."

Pixel users can check the update under System update in Advanced available in the Settings menu.

To start with the updated face unlock feature, Google has added the option where users can opt to choose "require eyes to be open" feature to unlock the Pixel 4 and Pixel 4 XL phones. At the time Google launched the Pixel 4 phones, many feared that the absence of this requirement would compromise the overall security of the smartphone. However, a month after its launch, the tech giant had announced that new Pixel 4 phones will receive the update 'soon'. It took Google nearly five months to add the option in the Face unlock feature. Pixel 4 users can also turn off 'eyes to be open' requirement from the Face unlock setting.

Meanwhile, other Google Pixel models including Google Pixel 2, the Pixel 3 and Pixel 3a are also receiving the latest April security patch. The security update fixes several Bluetooth and keyboard related problems, as listed on Google Community portal. Here are some notable fixes that Google is rolling out: 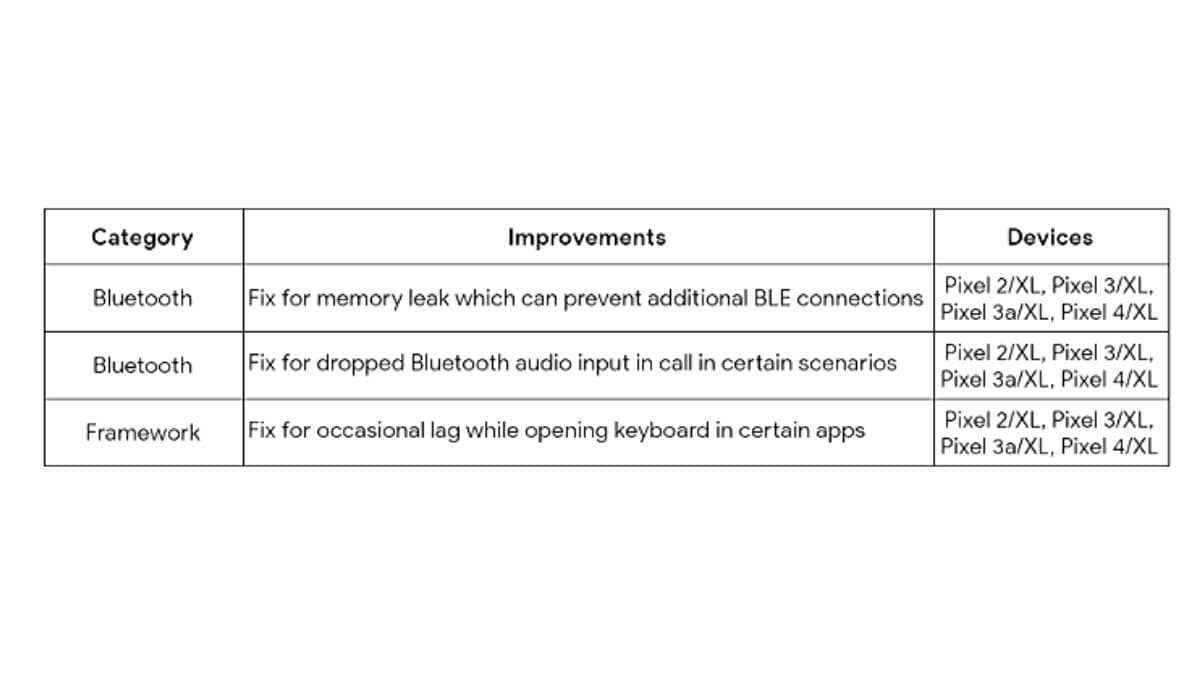 To recall, Google in March had introduced new AR filters in the Duo app, a Dark Theme scheduling feature and other upgrades.