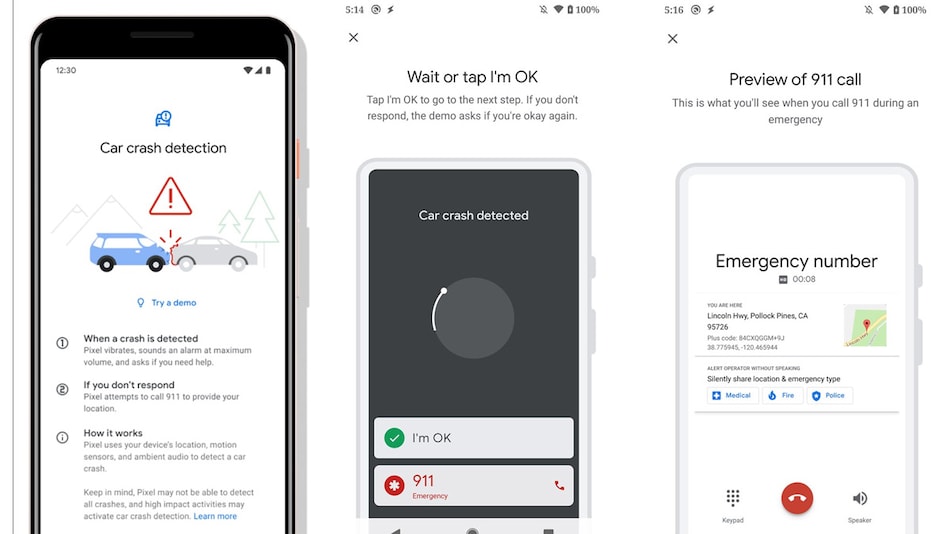 Google recently released its first Developer Preview (DP) of Android 11 for Pixel phones and we've already seen some of the new features that we can expect in the final build. XDA Developers have also uncovered a new hidden app called Personal Safety, which comes pre-installed in the DP for the Pixel 4. The team has managed to extract it and sideload it onto older Pixel phones too, which worked successfully. One of the new features of the app include car crash detection, which has the ability to detect if you're in an accident and will automatically call for help or your emergency contact. This feature is currently restricted to Pixel users in the US, but it seems to be working on the older Pixel phones too.

In a report published on XDA Developers' website, the team managed to successfully sideload the Personal Safety app on a Pixel 2 XL and Pixel 3 XL, and were able to enable the car crash detection feature. This feature was first spotted in Android Q or Android 10 as its now called, back in May last year, followed by an appearance on the Google Play store too.

The report states that the car crash detection feature works using your phone's location, accelerometer, and microphone to try and detect when you've been in an accident. If it does detect it, the phone will play a loud sound and ask you if you need help. If you don't respond in a stipulated time, it will automatically call 911 (emergency hotline in the US) and share your current location.

The app currently won't work on non-Pixel devices, according to the report, which means it makes sense to try it out only if you're in the US. The report states that in case you have issues getting past the page where it asks you for your emergency contact, simply grant the app all the permissions in the Settings app and it should work.