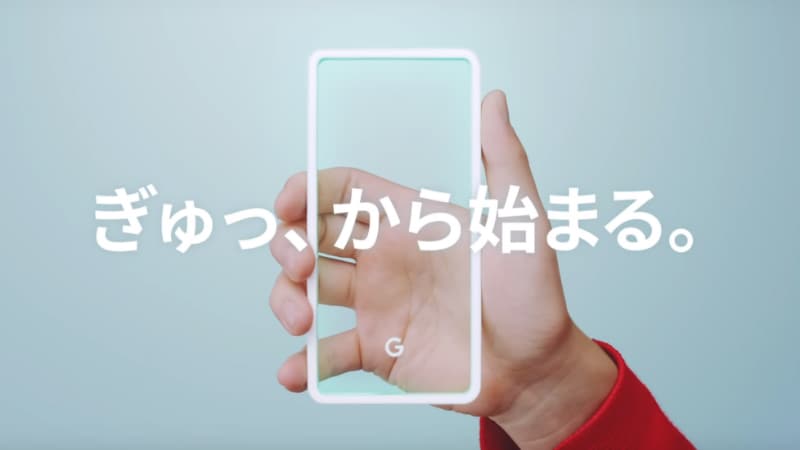 While the formal launch of the Pixel 3 and Pixel 3 XL is still almost a week away, a teaser video posted by Google Japan highlights that new moves will come with an Active Edge feature. The feature was introduced by HTC as an Edge Sense to enable different operations by squeezing the sides of the smartphone. Google leveraged its partnership with the Taiwanese company to bring the Active Edge feature on the Pixel 2 models last year. Alongside the fresh teaser, Google has unveiled an Aqua colour variant of the Home Mini. The new colour option comes as a "minty blue colour". The Pixel 3 models could also come in an Aqua colour option. Google has additionally posted an image through the Made by Google account on Instagram that mocks the rumours around the "Pixel Ultra" model with a "mini Pixel" model that was lately expected to debut alongside the new Pixel models on October 9.

Aside from teasing the Active Edge feature, the video teaser briefly suggests that the new Pixel models will come in Black, Blue, Green, Pink, and White colour options, as noted by 9to5Google. Google could also expand the usability of the Active Edge feature by adding third-party app support for squeezing gestures this time.

In addition to the teaser video posted on YouTube, Google has announced the Aqua colour of the Home Mini. This new colour option sits alongside the Chalk (White), Charcoal (Dark Gray), and Coral (Red/ Pink). The Google Home Mini with the all-new colour option will go on sale in the US from the Google Store and Walmart later this month. It is worth noting here that the Pixel 3 models are also speculated to come with the new Aqua colour option. Of course, the announcement of the new Google Home Mini variant ahead of the October 9 event puts more weight to the speculation.

Lastly, the Made by Google on Instagram has shared the design mockups of a "tiny phone" that is pointing at the Pixel Ultra, which was speculated to come as the new notch-less Pixel phone. The search giant is referring to the Pixel Ultra as "mini Pixel". "We've heard rumours of a mini Pixel. Which begs the question how 'mini' is too mini? We have a feeling the next one will be a bit bigger than this. Tune in on 10/9 to see for yourself," the company said in the Instagram post.

If we believe the rumours, the Pixel 3 family will come in 6.2-inch QHD+ (1440x2880 pixels) and a 5.5-inch display size options. The Pixel 3 XL, in the lineup, is expected to have a display notch, while the Pixel 3 is so far found to have a notch-less design. The new smartphones are also rumoured to come with improved cameras and have a Qualcomm Snapdragon 845 SoC under the hood, along with an Adreno 630 GPU and 4GB of RAM. Both smartphones are expected to run Android 9.0 Pie out-of-the-box. A recent listing by China's JD.com has suggested that the Pixel 3 will come with a price tag of CNY 4,999 (roughly Rs. 52,800), while the price of the Pixel 3 XL is yet to be revealed.