The smartphone is now listed on the company's India site, however, there is no official word on the availability and pricing details of the Philips I908; though, we expect that the company will announce the smartphone in the coming days.

The Philips I908, much like the I928, is powered by a 1.7GHz octa-core (unspecified chipset) processor alongside 2GB of RAM. The smartphone runs Android 4.4.2 KitKat out-of-the-box.

The dual-SIM (GSM+GSM) Philips I908 features a 5-inch full-HD (1080x1920 pixels) IPS display with a pixel density of 441ppi. The smartphone sports 16GB inbuilt storage which is expandable via microSD card (up to 32GB). It bears a 13-megapixel autofocus rear camera with CMOS sensor, f/2.2 aperture and LED flash, while also housing a 5-megapixel front-facing camera. 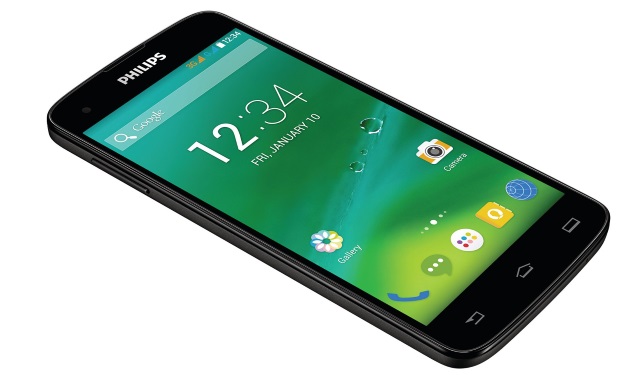 It also includes a 3000mAh battery that is rated to deliver up to 25 hours of talk time and up to 1080 hours of standby time. Connectivity options on the Philips I908 include Bluetooth 4.0, Wi-Fi, Micro-USB, GPS/ A-GPS, GPRS/ EDGE, and 3G. It measures 143x70x8.8mm and weighs around 156 grams. The smartphone is officially listed in just Black colour variant.

The Philips i966 Aurora comes with top-end features such as a QHD display and a fingerprint scanner at the back. It is also the first smartphone from Philips that runs the new YunOS 3.0 operating system, which is based on Android (unspecified version).

Earlier this month, the company launched a new feature phone specifically designed for senior citizens. Called the Philips Xenium X2566, the handset was made available in the market at Rs. 3,800.

Further reading: Android, Mobiles, Philips I908, Philips I908 Specifications, Philips Mobiles
Xbox One Price Slashed for the Holiday Season
Apple Hops on Board Obama Program to Wire Up Schools