Share on Facebook Tweet Snapchat Share Reddit Email Comment
Pepsi-branded smartphones and accessories were announced to be in the works last month. The popular Pepsi brand on Thursday took the wraps off the Phone P1 and Phone P1s in China. The food and beverage company is however running a crowdfunding campaign to produce the smartphone.

It's worth noting that Pepsi is only licensing its brand for use on smartphones and accessories, while Shenzhen-based Scooby Communication Equipment company will be manufacturing the first smartphones. The company has revealed two versions of its first smartphone: Phone P1 is the regular version while the Phone P1s is compatible specifically with China Unicom's FDD-LTE support. There are no other differences in specifications between the two variants. 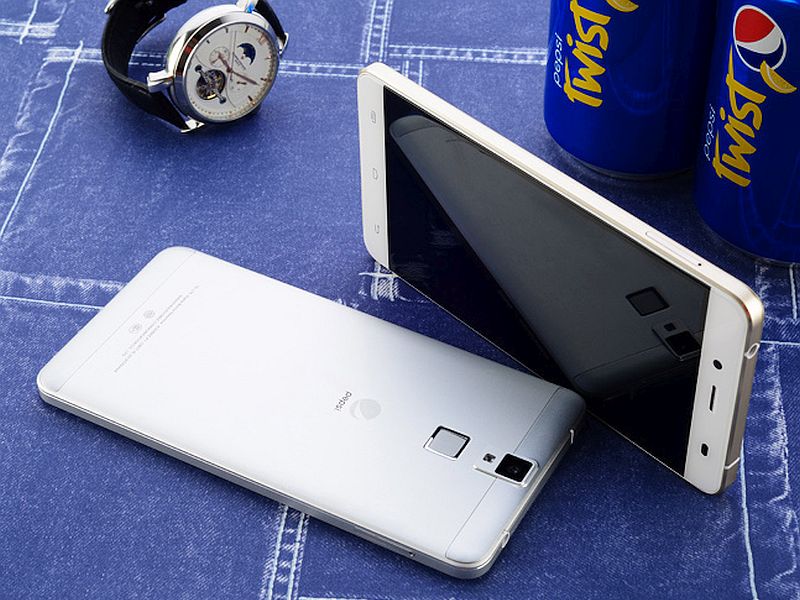 For specifications, the Pepsi Phone P1s (and P1) features a 5.5-inch 2.5D curved display with a resolution of 1080x1920 pixels. It runs dido OS 6.1 version based on Android 5.1 Lollipop. The smartphones feature hybrid dual-SIM card slots, with the second slot usable for either a microSD card or a SIM card.

The Phone P1s (and P1) is powered by a 1.7GHz octa-core MediaTek (MT6592) processor with 2GB of LPDDR3 RAM. It comes with 16GB inbuilt storage and supports expandable storage via microSD card (up to 64GB). The phones sports 13-megapixel rear camera while there is a 5-megapixel front camera also on board. It is backed by a 3000mAh battery.

The 4G LTE-enabled Pepsi Phone P1s supports Bluetooth, 3G, GPRS/ EDGE, Micro-USB, and GPS. The smartphone also features a fingerprint scanner at the back panel just below the primary camera.

The handset comes with accelerometer, ambient light, and proximity sensors. It measures 152.2x76.2x7.7mm and weighs 158 grams. The Pepsi Phone P1s will be available in Blue, Gold, and Silver colours.