The highlight of the two Panasonic smartphones is the presence of the Arbo virtual assistant - originally due a few weeks after the release of the Panasonic Eluga Ray Max and the Eluga Ray X, it will now ship out-of-the-box, the company informs us. Panasonic boasts the Arbo virtual assistant uses machine learning to provide intelligent usage suggestions to users. The name is derived from Esperanto, and means a framework used to support climbing plants.

In terms of optics, the Panasonic Eluga Ray Max comes with a 16-megapixel rear camera with dual-LED flash. At front, we have an 8-megapixel front-facing camera with a wide-angle lens and flash support. It sports a fingerprint scanner that's Android for Work certified on the home button.

As mentioned earlier, the Eluga Ray Max bears 32GB/ 64GB of inbuilt storage, which is expandable via microSD card (up to 128GB). The connectivity options offered by the smartphone include 4G VoLTE, Wi-Fi 802.11 b/g/n, Bluetooth v4.2, GPS/ A-GPS, FM radio with RDS, and Micro-USB with OTG support. The phone houses a 3000mAh battery with support for Quick Charge 3.0. 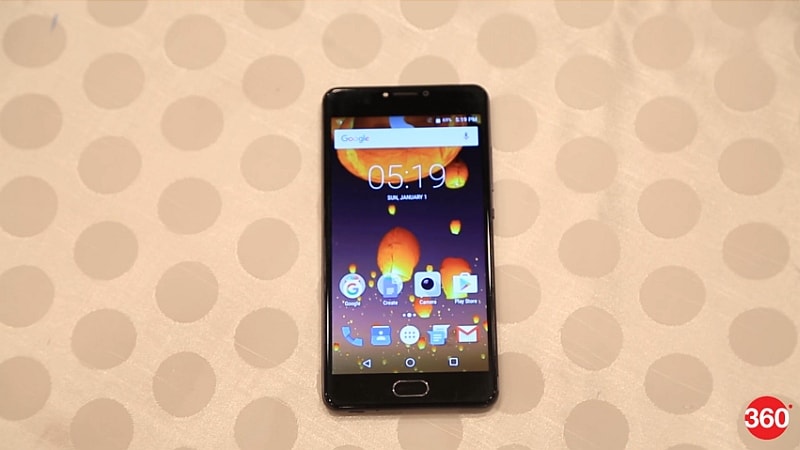 Moving on to Panasonic Eluga Ray X, the dual-SIM (Micro+Nano) smartphone runs Android 6.0 Marshmallow and comes with a 5.5-inch HD (720x1280 pixels) IPS display. It is powered by a 1.3GHz quad-core MediaTek 430 processor coupled with 3GB of RAM. It also bears a fingerprint scanner on the home button in front.

In terms of optics, the Panasonic Eluga Ray X has a 16-megapixel rear camera with dual-LED flash, and a 5-megapixel camera at front for taking selfies. The connectivity options offered by the phone include 4G VoLTE, Wi-Fi 802.11 b/g/n, Bluetooth v4.2, GPS/ A-GPS, FM radio with RDS, and Micro-USB with OTG support. It comes with 32GB of inbuilt memory, which is expandable via microSD card (up to 64GB). It runs on a 4000mAh battery, weighs 193 grams, and measures 153.4x77x10.5mm. Sensors on board include an accelerometer, ambient light sensor, barometer, gyroscope, magnetometer, proximity sensor, and temperature sensor.