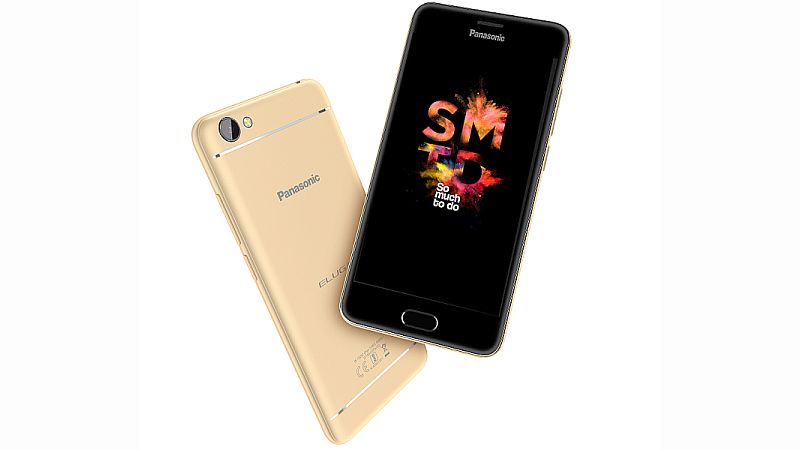 Panasonic on Tuesday launched its new Eluga I4 smartphone in India. Priced at Rs. 8,290, the new Panasonic Eluga I4 comes with the company's AI Assistant Arbo, which can give users suggestions from time to time on the basis of usage pattern. It will be going on sale via the company's brand shops and authorised retail outlets starting Tuesday.

At this price point, the Panasonic Eluga I4 can be expected to compete against the likes of Xiaomi Redmi 4 and Lenovo K6 Power.

Sporting an all metal body, the Panasonic Eluga I4 features a 5-inch HD (720x1280 pixels) IPS display. It is powered by 1.25GHz quad-core MediaTek MT6737 processor coupled with 2GB of RAM. The smartphone comes with 16GB of inbuilt storage and supports expandable storage via microSD card (up to 128GB). Running Android 7.0 Nougat, the Panasonic Eluga I4 comes with dual-SIM support. It comes with 4G with VoLTE support apart from standard connectivity options like Wi-Fi 802.11b/g/n, Bluetooth 4.0, Micro-USB, and USB OTG support. It will be going on sale in Blue, Black, and Gold colours.

The Eluga I4 sports an 8-megapixel rear camera with autofocus and a secondary 5-megapixel camera at the front. The device is backed by a 3000mAh battery.

"To add on to the positive response received to our previous I series launches, Panasonic smartphone's is pleased to introduce the all new Eluga I4 with stunning 5-inch HD IPS display and OTG support feature which lets you transfer data safely," said Pankaj Rana, Business Head, Mobility Division, Panasonic India.

Uber Rival Lyft May Have Plans to Launch Its Services in London
Xiaomi Diwali With Mi Sale Offers: Re. 1 Flash Sales, Discounts on Redmi Note 4, Redmi 4, and More