Panasonic Eluga I With 5-Inch HD Display Launched at Rs.9,490 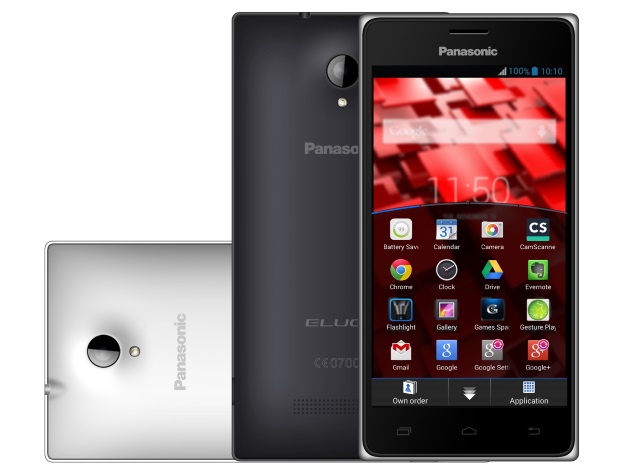 Panasonic has launched a new smartphone in its Eluga series, the Eluga I, priced at Rs. 9,490.

The company has announced that the new Eluga smartphone will come bundled with a free screen guard and a flip cover. The Panasonic Eluga I has already gone on sale via an online retailer ahead of the company's official announcement.

The new model offers dual-SIM (GSM+GSM) support and runs Android 4.4.2 KitKat, with the company's Fit Home UI on top. It features a 5-inch HD (720x1280-pixel) IPS display, which the company touts is a "raised curve display panel" offering better viewing angles. It is powered by an unspecified 1.3GHz quad-core processor coupled with 1GB of RAM.

The Panasonic Eluga I sports an 8-megapixel autofocus rear camera with LED flash, while there is a 2-megapixel front facing camera as well. The rear camera supports 1080p (full-HD) video recording. There is 8GB of built-in storage, which is expandable via a microSD card (up to 32GB). Connectivity options on the Eluga I include Bluetooth, Wi-Fi, A-GPS, GPRS/EDGE, Micro-USB, and 3G.

The handset measures 147.1x73.6x9mm and weighs 155 grams. It packs a 2,000mAh battery with no word on talk time and standby time. The Panasonic Eluga I will be available in India in three colours: Black, Silver, and White.

Commenting on the launch, Manish Sharma, Managing Director, Panasonic India said "With the launch of Eluga I, Panasonic India is offering a new dimension to the company's unique Eluga series culture; wherein the model has been introduced to reinforce our category strength with one of the most innovative phones in the Eluga series while meeting the needs and requirements of the customers."