Panasonic Eluga I Available Online at Rs. 10,990 Ahead of Official Launch 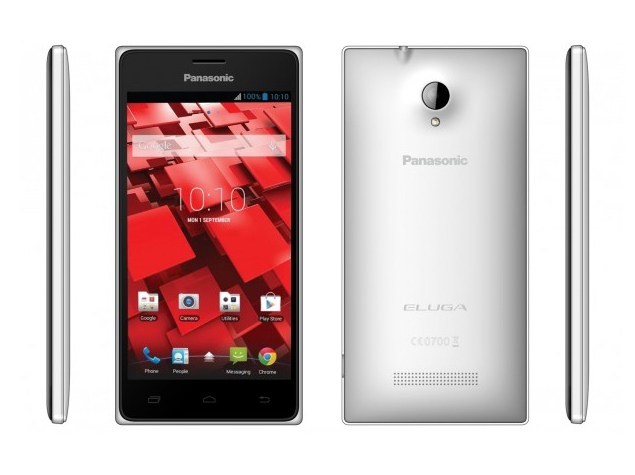 Panasonic seems all set to launch one more smartphone in its Eluga series, dubbed the Panasonic Eluga I, which has already been listed on a third-party retailer's website at Rs. 10,990, ahead of its official launch announcement.

The yet-to-be-launched Panasonic Eluga I is listed with dual-SIM (GSM+GSM) support and Android 4.4.2 KitKat, with the company's Fit Home UI on top. It features a 5-inch HD (720x1280-pixel) IPS display and is powered by a 1.3GHz quad-core processor coupled with 1GB of RAM.

The Panasonic Eluga I sports an 8-megapixel rear camera with LED flash and 2-megapixel front facing camera. Internal storage on the Eluga I is 8GB, and is expandable via a microSD card (up to 32GB).

The handset measures 147.1x73.6x9mm and weighs 155 grams, according to the listing. It packs a 2,000mAh battery. The white version of the Panasonic Eluga I is listed on Flipkart with an interactive flip cover included in the box.

Panasonic recently launched its selfie-focused Eluga S in India, priced at Rs. 11,190. With the Eluga S, the company had also introduced a feature caleld Blink Play which triggers a three-second countdown for capturing selfies with the front-facing 5-megapixel camera when the user blinks.

The dual-SIM (GSM+GSM) Panasonic Eluga S runs Android 4.4.2 KitKat with company's Fit Home UI on top. It features a 5-inch HD (720x1280-pixel) IPS display and is powered by a 1.4GHz octa-core processor coupled with 1GB of RAM. Other specifications of the Eluga S include an 8-megapixel rear camera with LED flash, 8GB internal storage, which is further expandable via microSD card (up to 32GB), and a 2,100mAh non-removable battery.
Affiliate links may be automatically generated - see our ethics statement for details.