Pablo Escobar's Brother Launches a $399 Samsung Galaxy Fold Clone, But Should You Buy It?

The foldable phone that's a Samsung Galaxy Fold clone appears to have a gold vinyl skin with a Escobar Inc’s branding. 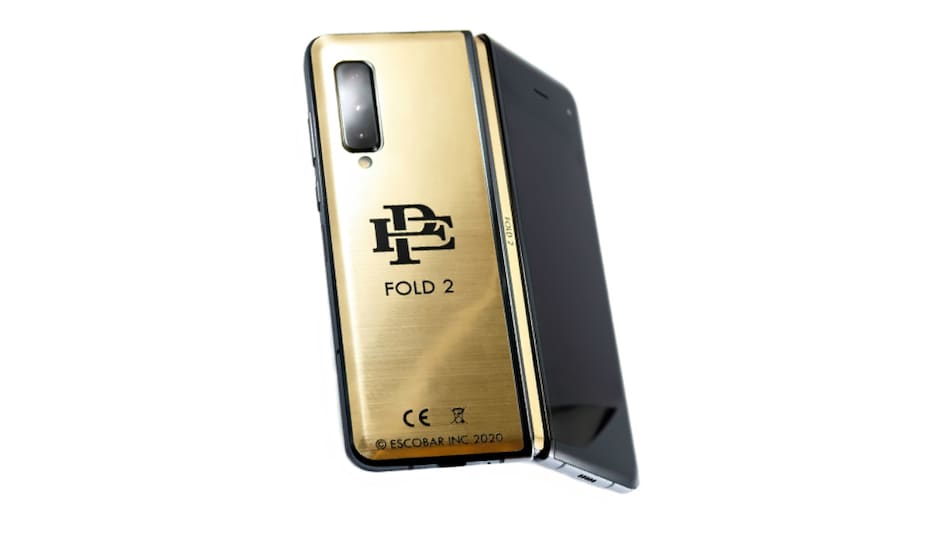 Here's an interesting piece of news for those who are eager to own a Samsung Galaxy Fold, but, are unwilling to spend the amount of money.  Escobar Inc -- the tech company owned by Pablo Escobar's brother Roberto De Jesus Escobar Gaviria -- might have something for them. It is called the Escobar Fold 2, touted as the “Real Samsung Killer Phone”, and appears to have a Galaxy Fold-like design. Some of the key specifications of the faux foldable phone have also been provided that are in line with what we saw on the Galaxy Fold. We can't trust the seller, though. Can we?

The design featured on the marketing renders of the Escobar Fold 2 seems to be the imitation of the Samsung Galaxy Fold. It appears to have the same two-fold design as well as a total of five cameras that we saw on the Samsung phone last year. To give some distinction (and maybe to showcase some luxury), the mimic comes with a gold vinyl skin with a Escobar Inc's branding.

In a press statement, Gaviria specified his goal with the new move and highlighted that “some parts” of the Escobar Fold 2 had been sourced from China.

“My goal is to become the overstock kingpin of electronical [sic] devices this year,” said Gavaria, Pablo Escobar's brother and founder of Escobar Inc. “All these factories simply have too much technology laying around, nobody is buying anything in China from secondary factories. We cut the prices and give clients direct discounts under the Escobar brand umbrella.”

The Escobar Inc empire wants to take a dig at Samsung by creating a promotional video for YouTube titled “Rest in peace Samsung”. The voiceover in the hazy video says, “Samsung will not survive… Pablo is still upset.”

More than the design, it is the pricing that brings the scepticism about the genuineness of the Escobar Fold 2. As Android Police speculates, it could just be a Chinese clone of the Galaxy Fold that is up for sale at $435.85 (roughly Rs. 31,000) through some e-commerce stores in China.

This is notably not the first time when Escobar Inc has brought a mimic of a popular phone. Last year, the company brought the Fold 1 as its first foldable smartphone that was found to be none other than the rebranded version of the Royole Flexpai that was launched in 2018.

It is quite likely that the imitations designed by Escobar won't offer similar to the original models. Also, it is unclear whether the phones would include the specifications that have been mentioned officially.