Oppo Reno Launch Set for Today: How to Watch Live Stream, What to Expect 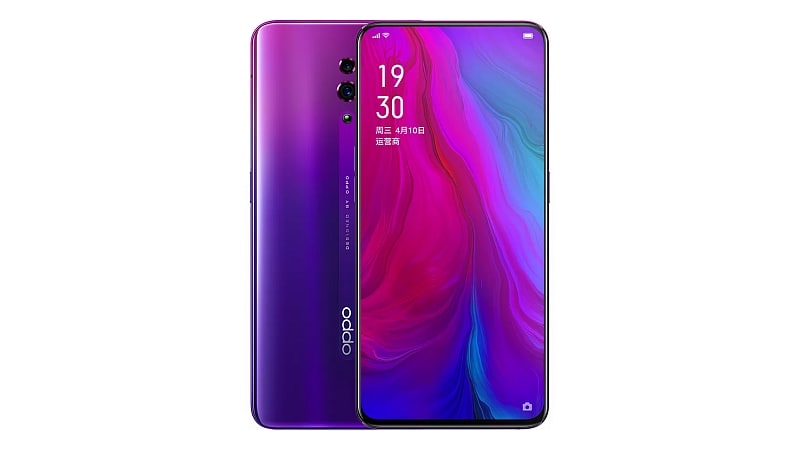 Oppo Reno will be launched today at an event in Beijing. The new flagship smartphone out of the Chinese company's stables, the Oppo Reno will be launched in two major variants - the Standard Edition and 10x Zoom Edition. The latter smartphone employs the 10x optical zoom technology that Oppo had unveiled at MWC 2019 in February, then announced to debut on a smartphone in the second quarter of the year. Oppo has been teasing the Reno for a while now, and has even revealed its design and some of its specifications, apart from putting it up for reservations. Read on for more details about the Oppo Reno launch live stream, expected specifications, and more.

The Oppo Reno will be launched at an event in Beijing, China at 2pm CST (11:30am IST) today. The event will be live streamed on the company site. Oppo on another page has specified that the smartphone will be made available for those who reserved it at 4:30pm CST (2pm IST), before being made available to the general public at 6:00pm CST (3:30pm IST).

Notably, this is just China launch of the Oppo Reno, and the smartphone will be unveiled globally on April 24 in Zurich, Switzerland.

As for the build, Oppo is touting the use of glass to provide two textures on the Oppo Reno body, thanks to an "AG matte sanding process." The 3D curved glass of the rear panel will also have no camera bumps, the company teased separately. The 10x Zoom Edition will also sport Dual GPS technology, the company has already confirmed.

The Oppo Reno features an AMOLED display that is said to be TUV Rheinland certified for low blue light levels. It also supports the DCI-P3 colour gamut. The display, without a notch, gives the smartphone a 93.1 percent screen-to-body ratio, with a 1.59mm bezel and a 3.49mm chin. As there is no notch, a pop-up camera is expected to take care of selfies, though so far, the company has not confirmed or hinted at the existence of such a form factor.