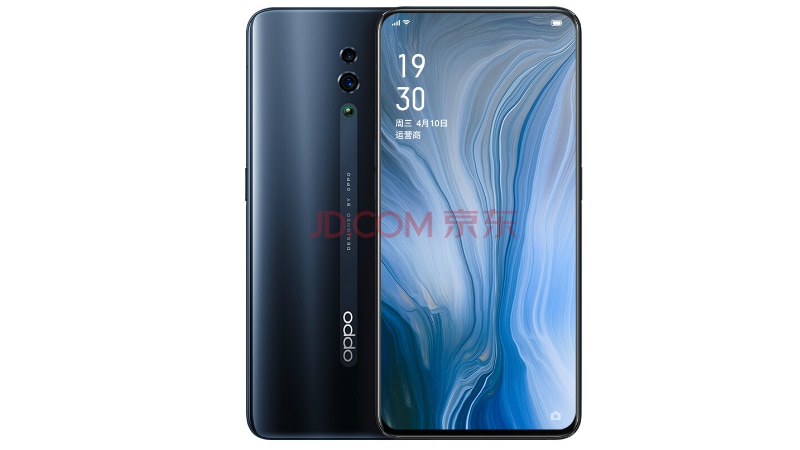 Oppo Reno may be launched in multiple variants

Oppo is expected to unveil its first phones in the sub-brand Reno series on April 10. Ahead of that, the Oppo Reno Standard Edition has been spotted on JD.com revealing its design details. The camera samples taken from the Reno phone have also been posted by Oppo's Vice President Brian Shen. The samples show off the camera prowess of the upcoming Reno Standard Edition phone. Shen had earlier confirmed that a Snapdragon 855 variant is in the offing, but there's also a Standard Edition Snapdragon 710 SoC variant expected to be unveiled at the event next week.

The Oppo Reno phone has been listed on JD.com with a dummy price of CNY 99,999 (roughly Rs. ). While the listing doesn't reveal any specifications, the photos of the phone show a dual camera setup at the back – with one sensor slightly bigger than the other. The phone is listed in four colour options - Purple, Pink, Green, and Black – reiterating past reportage. The front is all display with no notches, and past renders suggest a triangular shaped pop-up selfie mechanism on the Reno. There's no fingerprint scanner seen at the back of the device, hinting at an in-display scanner.

Oppo is speculated to offer a 10x hybrid optical zoom on the Reno phone that was showcased last month. TENAA listing suggests that the Oppo Reno Standard Edition phone will sport a 6.4-inch full-HD+ (1080x2340 pixels) AMOLED display, a 48-megapixel primary sensor and another 5-megapixel sensor alongside. Up front, the phone will sport a 16-megapixel sensor with LED flash. It should pack a 3,680mAh battery with VOOC 3.0 rapid charging, run on Android Pie-based Color OS 6.0, and pack 6GB RAM and 128GB internal storage. It will lack microSD card support. It is tipped to measure 156.6x74.3x9mm, and weigh 185 grams.

When It Comes to Disclosing Sponsors, Your Google Assistant May Be Mute
PUBG Mobile Prime and Prime Plus Subscriptions Official, Prime Plus Is Cheaper on iOS Than Android