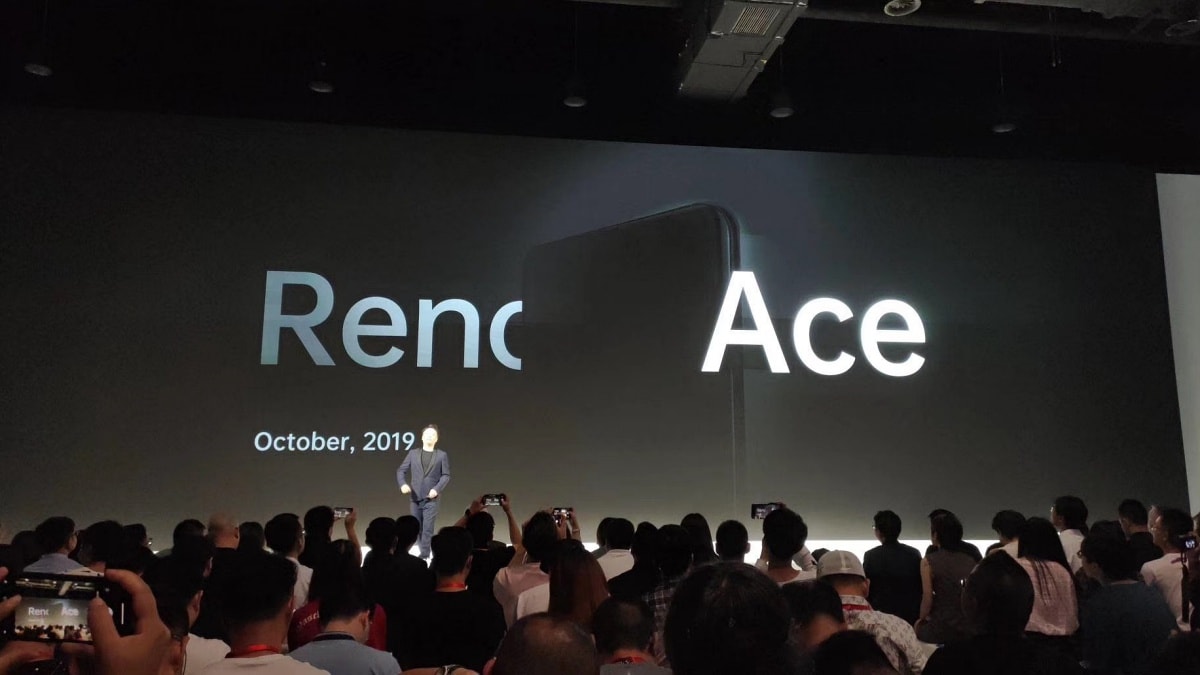 Oppo Reno Ace will be unveiled in October

Oppo Reno Ace will support 65W SuperVOOC fast charging, the Chinese smartphone maker teased on Friday. The company had earlier announced during the Reno 2 series China launch event that it will be launching the Reno Ace smartphone in October. At the same event, the company had revealed that Reno Ace will feature a 90Hz display. As the name suggests, Oppo Reno Ace will be a part of the company's Reno lineup that currently includes phones like Oppo Reno, Reno 10X Zoom, Reno Z, Reno 2, Reno 2Z, and Reno 2F.

No other details are known at this point. The company will most likely host a press event sometime next month to detail the smartphone.

Meanwhile, another upcoming Oppo smartphone, believed to be Oppo A9s, has been spotted on TENAA. The database is carrying two listings with model numbers PCHM10 and PCHT10, which note that the Oppo phone will pack a 6.5-inch HD+ display with a waterdrop notch. The Oppo phone will also come equipped with a 4,880mAh battery, an octa-core processor clocked at 2.0GHz, 4GB of RAM and 128GB of internal storage. The phone's storage will be expandable up to 256GB via a microSD card.