Oppo Reno 7 Pro is said to be powered by a MediaTek Dimensity 1200 SoC paired with 8GB of RAM. 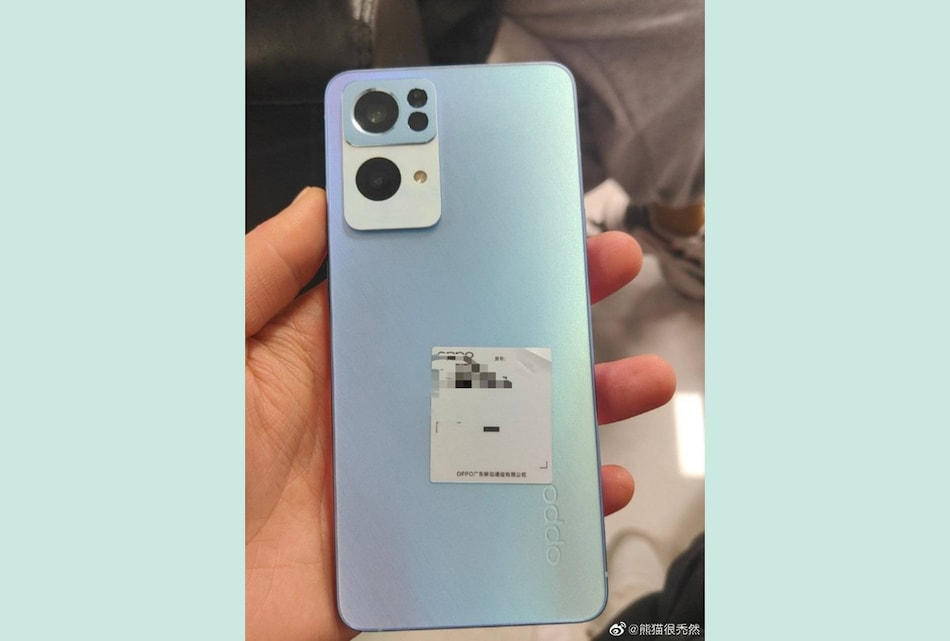 Oppo Reno 7 series' launch seems imminent as the Oppo Reno 7 Pro has now been spotted on Geekbench benchmarking site. The listing suggests that the upcoming smartphone will be powered by a MediaTek Dimensity 1200 SoC paired with 8GB of RAM. Separately, an image has surfaced online that shows the design of the rear panel of the upcoming vanilla Oppo Reno 7. The series has been tipped to launch in China this month.

The Geekbench listing for Oppo PFMD00 — speculated to be Oppo Reno 7 Pro — was spotted by MySmartPrice. The Oppo smartphone's single-core and multi-core test score ranges are 817 to 828 and 2,547 to 2,732, respectively. The listing mentions that the smartphone is powered by an octa-core processor called MT6893Z_B/CZA, which is a codename for the MediaTek Dimensity 1200 SoC. The processor is paired with 8GB of RAM and runs Android 11, as per the lisitng.

A report by TechBoiler has shared a live image claimed to be of the vanilla Oppo Reno 7. The image shows only the back of the Oppo smartphone in a Blue colour option. The vanilla Reno 7 is shown with a quad rear camera setup housed in a rectangular, two-tone module on the top left corner of the smartphone. Furthermore, the image shows a protruding power button, and since there is no dedicated fingerprint scanner visible at the back, it can be speculated that the smartphone will get an in-display fingerprint scanner.

Earlier this week, it was reported that Oppo may launch the Reno 7 series comprising the vanilla Reno 7, Reno 7 SE, and Reno 7 Pro later this month. The launch is expected to take place around the same time as the launch of the Vivo S12 series.