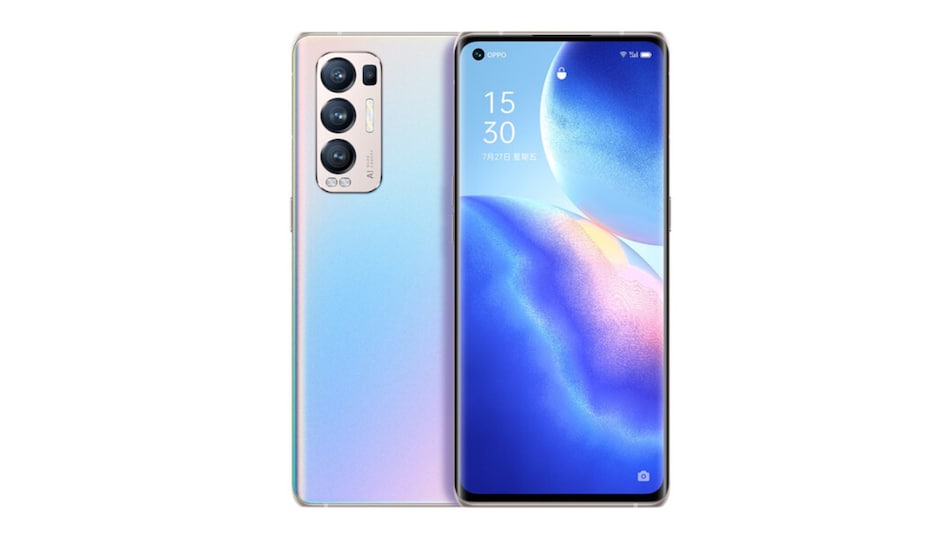 Oppo Reno 5 Pro+ 5G was teased earlier this month and it was confirmed to launch on Thursday, December 24. In a new post, the company has now confirmed that a separate launch event will be conducted to introduce the handset. The launch event will begin at 3.30pm local time (1pm IST) and should offer details on pricing and availability of the Oppo Reno 5 Pro+ 5G. The phone has also been listed on Chinese retail site JD.com leaking specifications and design details ahead of launch. An Oppo Reno 5 series phone has also been spotted on NCC, hinting at a global launch in the future.

The company took to Weibo to announce that the Oppo Reno 5 Pro+ 5G launch event will be held at 3.30pm local time (1pm IST). In the run up to the launch, Oppo has also released various teasers that confirm the phone will be powered by the Qualcomm Snapdragon 865 SoC and have a Sony IMX766 sensor on board. It is also confirmed to have 65W fast charging support.

Oppo Reno 5 Pro+ 5G has also been listed on JD.com ahead of the launch. While the price has not been listed, its renders and key specifications have been made live. The Oppo Reno 5 Pro+ 5G is listed to come in two colour options — ‘Galaxy Into a Dream' and ‘Floating Night Light Shadow'. The phone is listed online in two configurations, 8GB RAM + 128GB and 12GB RAM + 256GB. The renders show a hole-punch display with the cut out on the top left corner. There is a slight chin at the bottom and a quad camera setup sits at the back. There are three sensors placed in one line and a fourth sensor placed parallel to it. The specifications of the Oppo Reno 5 Pro+ 5G listed on JD.com are the same as the ones teased by the company.

A new Oppo phone with model number CPH2145 has also allegedly been spotted on National Communications Commission (NCC) site. The site seems to have live shots of the handset and the images suggest that it could be a Reno 5 series phone. This alleged NCC listing was spotted by tipster @the_tech_guy. It hints that the Oppo Reno 5 5G series may launch in markets outside China as well.