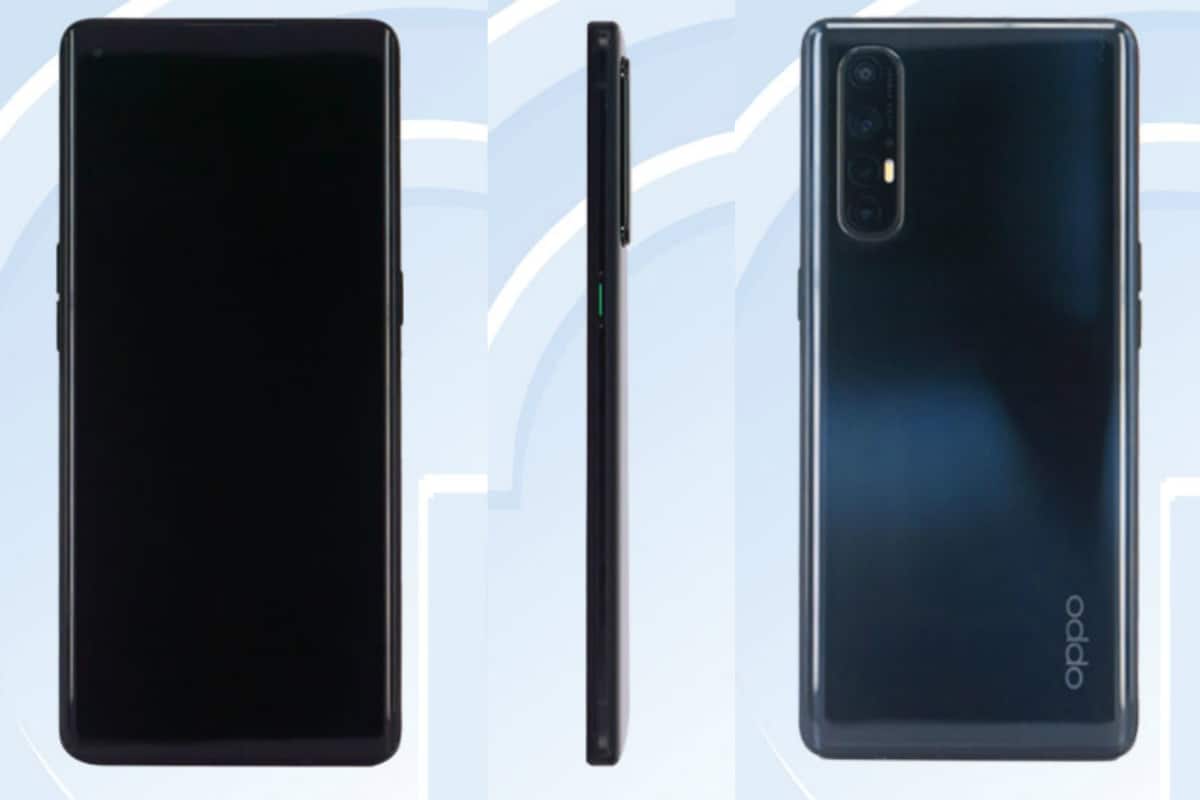 There are two distinct TENAA listings of the Oppo phone that is believed to be the Reno 3 Pro 5G -- with one carrying its renders. However, both are showing the same list of specifications.

As per the TENAA listings, the Oppo Reno 3 Pro 5G will come with a 6.5-inch full-HD+ (1080x2400 pixels) AMOLED display along with 20:9 aspect ratio. The images provided on the TENAA portal also shows a hole-punch design and curved edges that both we saw on the official teasers in the recent past.

Alongside the new Snapdragon SoC, the Oppo Reno 3 Pro could have 8GB of RAM and 128GB of onboard storage. It is unclear whether the phone also has a microSD card slot for storage expansion.

The TENAA listings list the presence of an in-display fingerprint sensor, Android 10, and a 3,935mAh battery on the new Oppo phone. Also, the phone appears to have 172 grams of weight and measure 159.4x72.4x7.7mm.

If we look at what has been revealed through its official teasers, there will be the Oppo Reno 3 and Oppo Reno 3 Pro as the two new smartphones in the Reno family. The latter will come as the flagship model with a slim build carrying thin bezels along with a curved design. However, the former would be a new mid-range smartphone by the Chinese company featuring a waterdrop-style display notch.

A TENAA listing suggesting the key specifications of the Oppo Reno 3 surfaced online earlier this month. It showed the new phone with model number PCPM00.