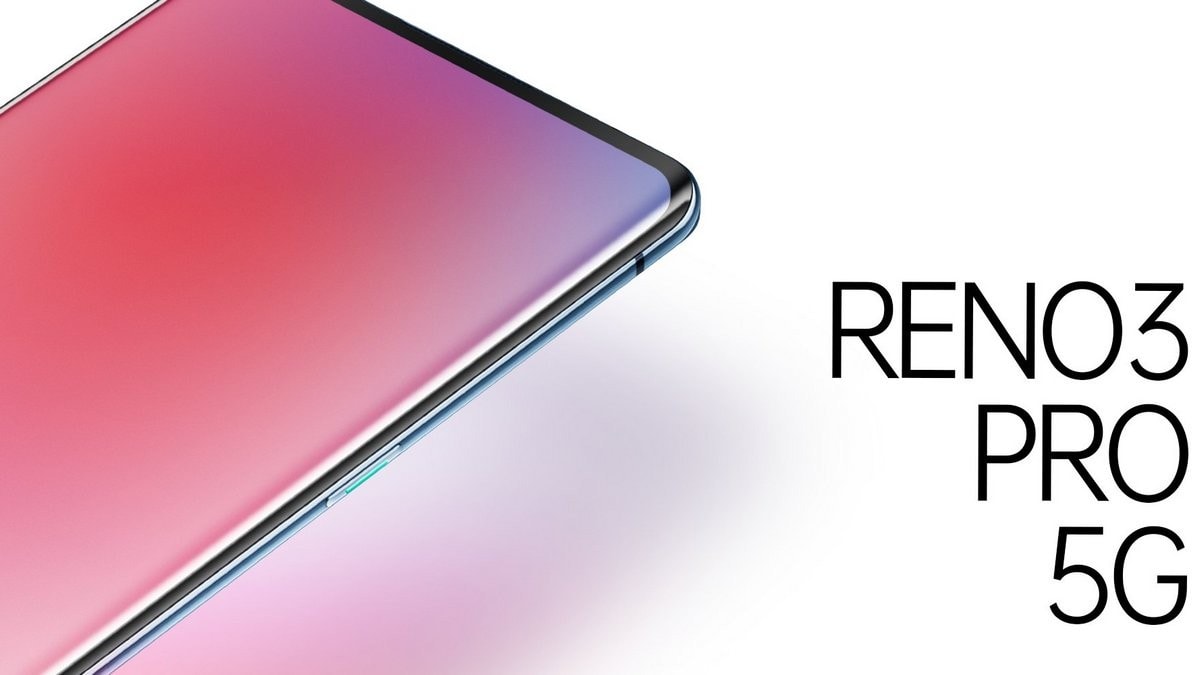 Oppo recently confirmed that the Reno 3 series will debut next month with dual-mode 5G support in tow. Ahead of the phone's official launch, Oppo's Vice President and President of Global Marketing, Brian Shen, has shared an image of the Oppo Reno 3 Pro 5G phone that might be launched next month. The phone is shown flaunting a curved display with a very subtle curvature and thin bezels. The Oppo executive mentioned that the phone will be quite sleek at just 7.7mm and is claimed to be the thinnest phone in its price segment to offer dual-mode 5G support.

The Oppo Reno 3 Pro 5G's photo shared by Shen on Twitter shows the lower half of the phone, highlighting its thin chin and side bezels, and also a subtle curved alongside the left and right edges. The tweet mentions that the phone will sport a glass body, and appears to have a metallic frame running around the edges. The power button has a thin line that appears to house an LED to serve as a notification light, an implementation that we recently saw in a few Nokia-branded budget phones.

Interestingly, this is the first time we are hearing about an Oppo Reno 3 Pro 5G phone, as the leaks we have seen so far have been about the vanilla Oppo Reno 3 variant. As far as specifications go, the Oppo Reno 3 is tipped to pack a 6.5-inch full-HD+ (1080x2400 pixels) AMOLED display with 90Hz refresh rate. The panel will reportedly be protected by Corning Gorilla Glass 6 and will come with an embedded in-display fingerprint sensor for authentication. The upcoming phone is rumoured to run ColorOS 7 upon its debut and will offer dual-mode (SA+NSA) 5G support.

The Oppo Reno 3 will reportedly draw power from the octa-core Qualcomm Snapdragon 735 SoC, which suggests that Oppo Reno 3 Pro 5G might go with a more powerful SoC. Rumours swirling around the Internet suggest that the upcoming Oppo Reno 3 series phone will pack quad rear cameras that will be highlighted by a 60-megapixel primary camera, assisted by an 8-megapixel ultra-wide-angle shooter, a 13-megapixel telephoto lens, and a 2-megapixel macro camera. On the front will be a 32-megapixel camera to handle selfies.