Oppo Reno 2 is set to launch in India on August 26. 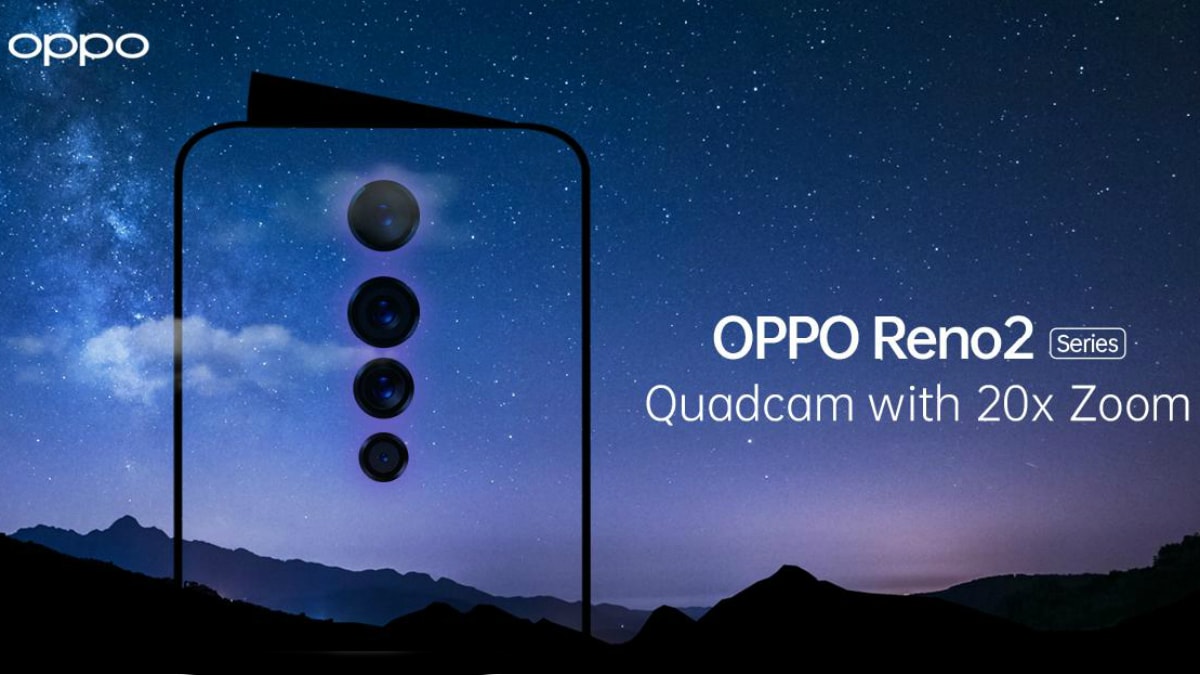 Oppo Reno 2, the new flagship smartphone by the Chinese vendor that is touted to support 20X zoom, has apparently made its debut on TENAA. Two separate TENAA listings are available of a new Oppo phone with the model number PCKM00 and PCKT00, which both are believed to be the variants of the Oppo Reno 2. Both listings detail similar specifications of the handset that appear to have a quad rear camera setup and an octa-core processor. The new development comes days after Oppo confirmed the launch of the Reno 2 in India. The smartphone will debut as a successor to the Oppo Reno 10X Zoom that was unveiled earlier this year.

The TENAA listings of the Oppo phone carrying model numbers PCKM00 and PCKT00 feature August 7 as the uploaded date. This suggests that both models are pertaining to a new smartphone model that could be none other than the Oppo Reno 2.

Both listings detail what we can consider as the specifications of the Oppo Reno 2. The Android 9 Pie-based phone has been listed with a 6.5-inch full-HD+ (1080x2400 pixels) AMOLED display. This will have a 20:9 aspect ratio, which we saw on the Samsung Galaxy A70 earlier this year.

Apart from the display, the listings on the TENAA site shows that the Oppo phone has the octa-core SoC clocked at 2.2GHz, paired with 8GB of RAM. While one listing shows both 128GB and 256GB of onboard storage options, the other one specifies just the 128GB storage variant. The phone also appears to have microSD card support for storage expansion (up to 256GB).

The TENAA listings also confirm that the phone has an in-display fingerprint sensor. There is also a mentioning of a 3,915mAh battery. Besides, the phone appears to have the dimensions of 160x74.3x9.5mm and weighs 189 grams as well as the Black, Pink, and Green colour options.

Oppo hasn't unveiled the Reno 2. Nevertheless, it last week confirmed that the smartphone with 20X zoom, quad rear camera, and a shark fin-style selfie camera will debut in India on August 28.