Oppo has unveiled its new camera-focused R9 and R9 Plus smartphones in China. The Oppo R9 and Oppo R9 Plus have been priced at CNY 2,799 (approximately Rs. 29,000) and CNY 3,299 (approximately Rs. 34,000) respectively. The Oppo R9 will be going on sale starting March 24 in China while the Oppo R9 Plus is expected to be available from April 12. Unfortunately, there is no word on availability outside China as of now.

The biggest highlight of the Oppo R9 and R9 Plus smartphones is that they pack 16-megapixel front cameras with 78.1-degree wide-angle lens and an f/2.0 aperture. On the rear, the Oppo R9 sports a 13-megapixel camera with LED flash, with an f/2.2 aperture. The R9 Plus packs Sony's IMX298 CMOS sensor in its 16-megapixel rear camera with an f/2/0 aperture. Both the smartphones support features such as PDAF (phase detection autofocus) and 4K video recording. 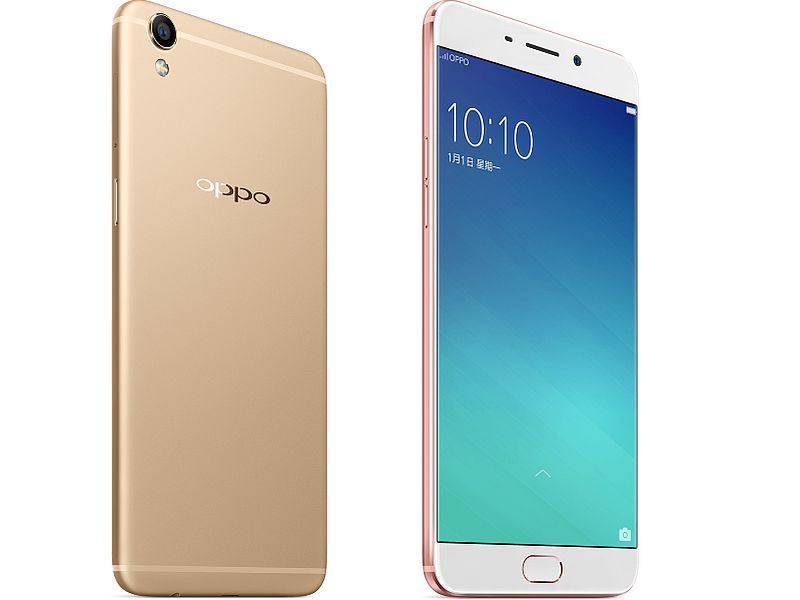 The Oppo R9 will be available in just 64GB storage version while the Oppo R9 Plus will come in both 64GB and 128GB models. The R9 and R9 Plus smartphones are backed by a 2850mAh and 4120mAh batteries respectively. Both the devices support dual-SIM and come with hybrid SIM slot which means they also support expandable storage via microSD card (up to 128GB).

Similar to other Oppo devices, the R9 and R9 Plus support VOOC flash charge that is claimed to offer up to 2 hours of talk time in just 5 minutes for charging. Connectivity options on both the phones include 4G with VoLTE support, 3G, Wi-Fi, Bluetooth, GPS/ A-GPS, and Micro-USB.