Oppo, expanding its R1 smartphone series, has unveiled the Oppo R1C in China. The smartphone is a refreshed version of the Oppo R1S, and features some updated specifications.

Set to start shipping on January 20, the Oppo R1S is priced at CNY 2,499 (roughly Rs. 25,000). Availability details of the smartphone outside China are not yet known. Interested users can pre-order it from the company's online store.

The Android 4.4 KitKat-based Oppo R1Cshares some specifications with the R1S, including a 5-inch HD (720x1280 pixels) display, 16GB of inbuilt storage, 13-megapixel rear camera and a 5-megapixel front-facing camera. However, the RIC additionally features a sapphire glass panel and 4G connectivity. 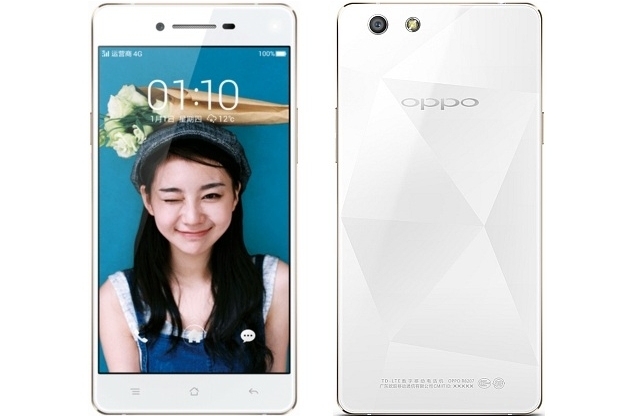 The dual-SIM handset is powered by a 64-bit octa-core Qualcomm Snapdragon 615 processor clocked at 1.5GHz coupled with 2GB of RAM, in contrast to the R1S' 1.6GHz quad-core Qualcomm Snapdragon 400 SoC with 1GB of RAM. With the support for expandable storage via microSD card (up to 128GB), the Oppo R1C's 13-megapixel rear camera uses a Sony IMX214 sensor with an f/2.0 aperture lens instead of the CMOS sensor in R1S. The battery capacity has also been slightly bumped from 2410mAh to 2420mAh. The device is 6.8mm thick.

Lately Oppo has made its mark in the smartphone market by launching its Oppo R5, which is currently the second slimmest handset in the world with 4.85mm thickness after the Vivo X5Max (4.75mm). The smartphone was launched in India last month at Rs. 29,990. The smartphone includes the same processor and camera specifications seen in the Oppo R1C.