Chinese phone maker Oppo is all set to unveil custom New Year edition variants of its flagship R17 and R17 Pro. Much like a limited edition model of the Oppo R11s launched last year, the Oppo R17 and R17 Pro New Year editions will expectedly come with a customised retail box, a limited bundled gift, a new colour option, a slightly redesigned user interface with new themes, possibly upgraded specifications, and a slightly higher price tag. However, all this is just speculation and Oppo hasn't really announced any of the details yet.

Oppo R17, R17 Pro New Year edition will be launched at an event scheduled in China on December 17, as announced by the handset manufacturer through a post on Weibo on Tuesday. Not specifying any details, the post hints towards custom features in the upcoming variants. Notably, Oppo R17 and Oppo R17 Pro New Year edition pricing and features have not been announced yet. 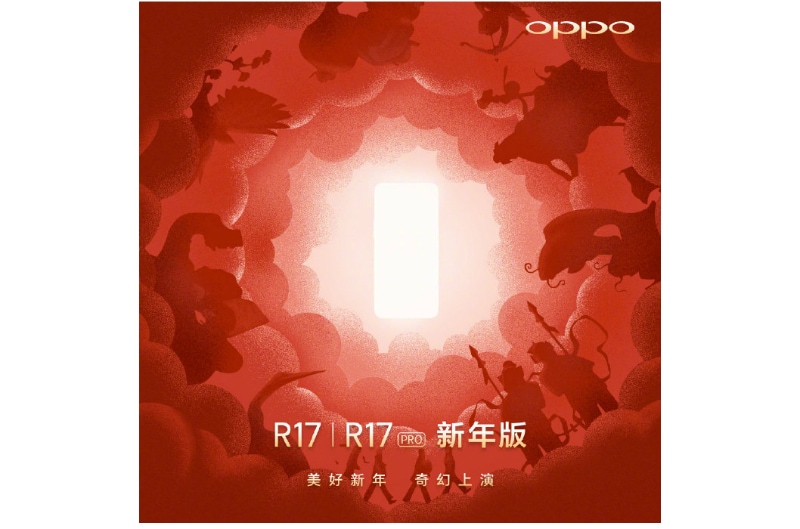 In terms of optics, the Oppo R17 sports a dual rear camera setup with a 16-megapixel primary sensor and a 5-megapixel secondary sensor - coupled with an LED flash. On the front, the handset bears a 25-megapixel Sony IMX576 selfie camera, paired with f/2.0 aperture and AI portrait mode. There is a 3,500mAh battery under the hood.

The Oppo R17 Pro bears triple rear camera setup, with a 12-megapixel primary sensor (variable aperture of f/1.5-2.4), a 20-megapixel secondary sensor (f/2.6 aperture), and a third TOF 3D camera sensor. At the front, the smartphone sports a 25-megapixel selfie camera with f/2.0 aperture. There is a 3,700mAh battery under the hood with support for Super VOOC Flash Charge fast charging technology.