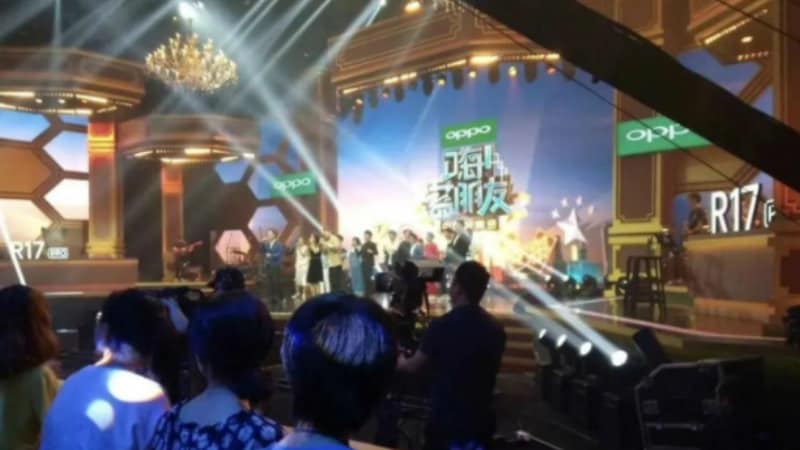 Oppo-sponsored event in China where the Oppo R17 was teased

Chinese company Oppo launched the R15 and R15 Dream Mirror Edition in March this year in the Chinese market, and the company has already started teasing its successor at events. The company's alleged upcoming device Oppo R17 is now reportedly being teased at Oppo-sponsored events, hinting at an imminent launch. The smartphone has also been tipped to sport a mammoth 10GB of RAM. There has been no word about this device up until now and therefore availability and other details are unknown at the moment.

An image was leaked on Weibo by Kumamoto Technology of an event in China. The event was apparently Oppo-sponsored and it was teasing the Oppo R17 at the venue. There's not much other information about the smartphone apart from this event teaser, but the tipster also claims that the smartphone will sport 10GB of RAM as well. PlayfulDroid was the first one to spot this leak.

If this leak turns out to be true, then Oppo R17 will be the first smartphone to sport a 10GB RAM. The arrival of a double digit RAM capacity is welcome, but some may also question the need for it in smartphones of current times. Another phone that has been rumoured to sport a 10GB RAM is the alleged Vivo Xplay7. It is also expected to feature a 4K OLED display with a 92.9 percent screen-to-body ratio. The smartphone is expected to arrive in two storage variants - 256GB and 512GB - coupled with 10GB of RAM. There is currently no update on the pricing and availability but it is expected to come at a starting price of around $500 (roughly Rs. 31,800).