Oppo R11 Leaked in Renders and Video, Expected to Come in at Least Four Colour Variants 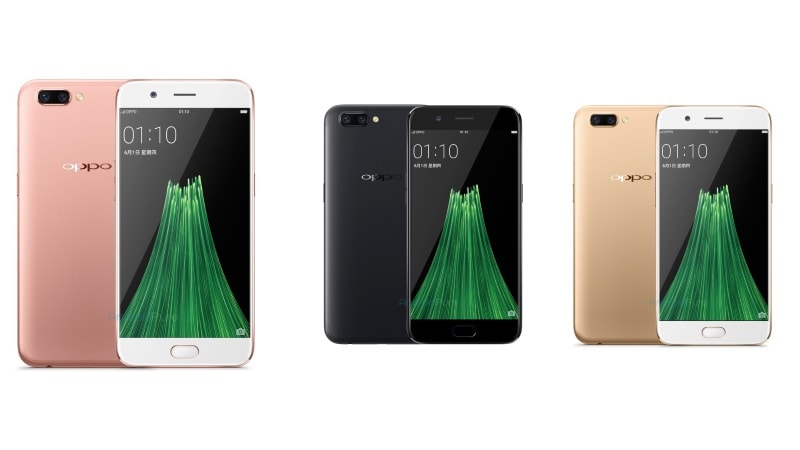 As we approach Oppo R11's expected launch date of June 10, the leaks are pouring in. The upcoming flagship from Oppo has now been leaked in renders as well as a live video ahead of its official unveiling. While neither the renders nor the video reveal anything new or even different from earlier leaks, they do share some interesting details about the smartphone.

The leaked renders of Oppo R11, obtained by AndroidPure, suggest that the upcoming smartphone from the company will be made available in Gold, Rose Gold, and Black colour options. Other elements that can be seen in these freshly leaked renders include the dual camera setup (which has already been confirmed by Oppo itself) right beside the dual-LED flash, presence of an oval-shaped home button at front, and antenna designs similar to the ones present on iPhone 7 and iPhone 7 Plus.

The power button has been suggested to be on the right-hand side of the Oppo R11 while the volume rocker has been tipped to be on the left-side as per the leaked renders. Further, the renders indicate the smartphone will come with a 3.5mm headphone jack as well. However, the specific details about the USB connectivity are currently not available.

Moving on to the leaked video of Oppo R11, posted by RayArena, the video shows the exact same smartphone from the renders but in a Silver colour variant this time around. This means that there are at least four colour options that can be expected from the smartphone. Notably, the new leaks do not mention the 'Plus' variant that has previously been tipped to be launched alongside the Oppo R11 by the company.

While the presence of dual camera setup was officially confirmed by Oppo in a teaser for the Oppo R11, Qualcomm has confirmed that the phone will feature the Snapdragon 660 SoC.

The specifications seen on TENAA suggest that the Oppo R11 will run Android 7.1.1 Nougat out-of-the-box, feature a 5.5-inch full-HD (1080x1920 pixels) AMOLED display, and will be powered by an octa-core Snapdragon 660 processor coupled with 4GB of RAM. It is said to pack 64GB inbuilt storage which will support expandable storage via microSD card (up to 128GB).

In terms of optics, the Oppo R11 has further been suggested to feature a 20-megapixel and 16-megapixel dual cameras at the back, a feature earlier teased by the company. It is expected to house a 2900mAh battery.

The Oppo R11 Plus, on the other hand, is expected to feature a larger 6-inch full-HD display and pack a large 3880mAh battery. Rest of the specifications of the handset are expected to be identical to the Oppo R11.