Oppo, roughly a month after listing the Oppo Neo 5s smartphone on its website, has finally launched the handset officially alongside the Neo 5 (2015), which is slightly less powerful on paper than the Neo 5s. Notably, Oppo introduced the original Neo 5 last year in August. The company is yet to reveal the pricing and the availability of the smartphones.

As mentioned before, the Oppo Neo 5s features 4G LTE connectivity, supported by both SIM card slots. The dual-SIM smartphone supports one Micro-SIM and another Nano-SIM. It runs Android 4.4.2 KitKat-based Color OS 2.0.1. 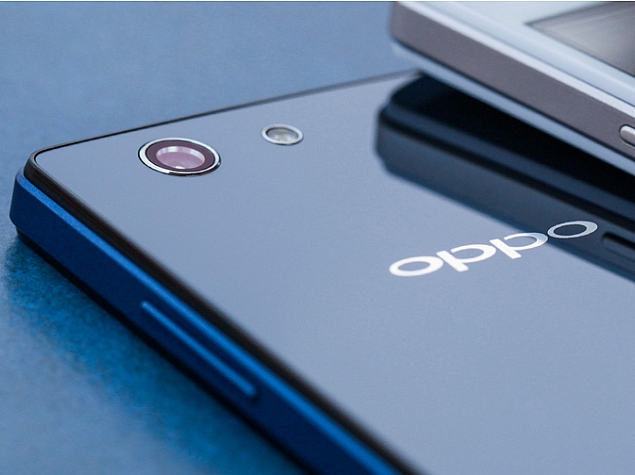 As for the Oppo Neo 5 (2015), the smartphone's specifications are better than last year's original but is slightly less powerful than the Neo 5s. The handset is powered by a 1.3GHz quad-core MediaTek MT6582 processor clubbed with Mali-400MP2 GPU. The inbuilt storage can be expanded only up to 32GB. In addition, the dual-SIM dual-standby supporting handset misses out on 4G LTE connectivity. The rest of the specifications stay the same as Neo 5s.

Feature-wise both the smartphones include easy screenshot capturing with three finger swipe, screen-off gestures, Beautify 3.0 image editing mode, double exposure for overlapping two images, Pure Image 2.0+ image creation engine, and double layer metallic structure. Neo 5s however comes with an additional feature of capturing images using the volume up and down buttons while the screen is off.