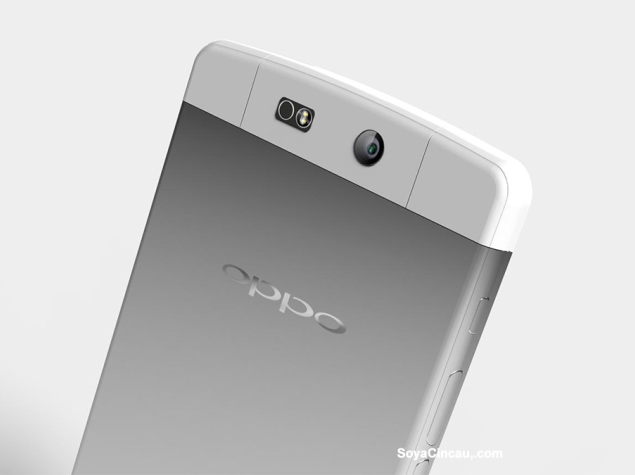 After teasing the Oppo N3 for a while, the Chinese manufacturer on Wednesday officially sent out invites for the launch on October 29 in Singapore. The Oppo N3 has been separately leaked in render images alongside, suggesting a completely different design from the earlier leaked render with a novel cylindrical swivel camera.

The official invite titled "One more step designed for life," only reveals that Oppo will be launching the N3 on October 29 in Singapore. The purported render images of the Oppo N3 were posted by SoyaCincau blog on Wednesday, the website that also published the invite to the October 29 event.

The alleged images only reveal the back of the smartphone (see above) suggesting similar swivel camera as Oppo N1, appears to be part of a unibody design with metal accents. On Monday, the purported press images of the Oppo N3 posted by GSMArena revealed a remarkably different camera module on top of the smartphone (see below). The central portion of the top cylinder appeared to be able to rotate, and features what look like speakers on either end. 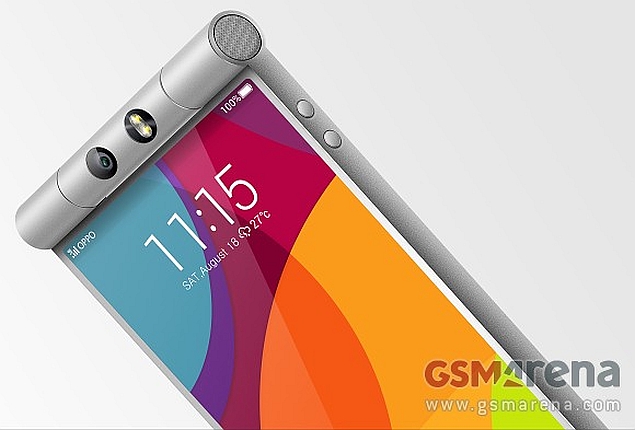 So far, no specification details are available for the alleged Oppo N3. Last teaser by Oppo on its Facebook page on Monday, was captioned "One more step designed for life | N3 October". Previously, one of the two teaser posters on Oppo's India Facebook page had teased the Oppo N3 with an old rotary-dial phone featuring an incorrectly placed number '3', along with the caption written, "This was the phone. Time to turn things around in October. Stay tuned and keep guessing."
Comments