Oppo has entered the Indian market with the launch of its flagship smartphone, the N1 (16GB) at Rs. 39,999. The company has announced that its first smartphone in India will be initially available in 12 cities, including Bangalore, Chennai, Delhi, Kolkata and Mumbai among others.

The company unveiled the Oppo N1 globally in September last year. Oppo N1 comes with support for running CyanogenMod OS, which is an open operating system based on Android 4.3 and developed by Cyanogen Inc.

The Oppo N1 runs Color UI which is Oppo's proprietary OS based on Android 4.2 Jelly Bean out-of-the-box. Specifications on the Oppo N1 include a 5.9-inch full-HD (1080p) IPS display with 1080x1920 pixels resolution and 377ppi pixel density, 1.7GHz quad-core Qualcomm Snapdragon 600 processor, 2GB of RAM, and 16GB and 32GB of inbuilt storage. However, the company has not revealed the price details for N1's 32GB model.

The N1 sports a 13-megapixel sensor with dual LED flash, which is the device's major highlight, as the camera can rotate up to 206 degrees, and can lock at any angle. Connectivity options on the device include USB OTG, Bluetooth 4.0, Wi-Fi 802.11 b/g/n, Wi-Fi Direct, GPS, NFC and 3G. It packs a 3610mAh battery. 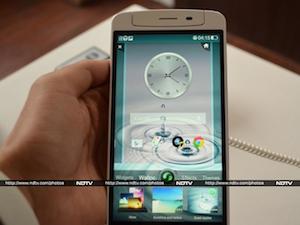