The company has started sending invites for the Oppo N1 Mini launch event scheduled for August 11, with the tagline 'Mini in size, Max on fun' captioning the invite.

The N1 Mini is a single-SIM smartphone that runs Android 4.3 Jelly Bean with the company's custom skin, ColorOS 1.4, on top of it. It features a 5-inch (720x1280 pixels) display made by JDI and is powered by a 1.6GHz quad-core Qualcomm Snapdragon 400 processor alongside Adreno 305 GPU and 2GB of RAM. 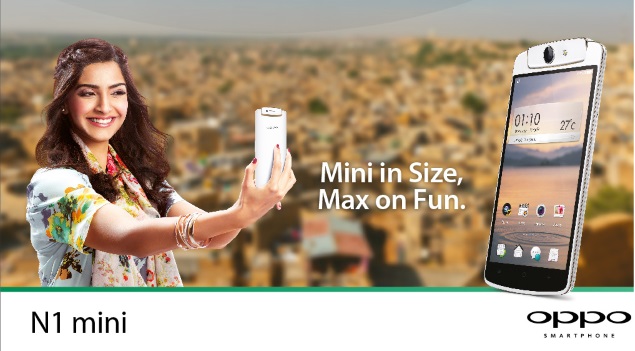 The smartphone sports a rotating 13-megapixel Sony IMX214 sensor camera with LED flash. While the Oppo N1 Mini only features a 13-megapixel swivel camera, the company has noted that the smartphone is able to shoot photos up to 24-megapixel in size when shooting in Ultra-HD mode.

In June, Oppo launched the Find 7 (Review | Pictures) in India, calling it the country's first smartphone to boast of a Quad-HD (QHD) display. The company also unveiled the Oppo Find 7a.