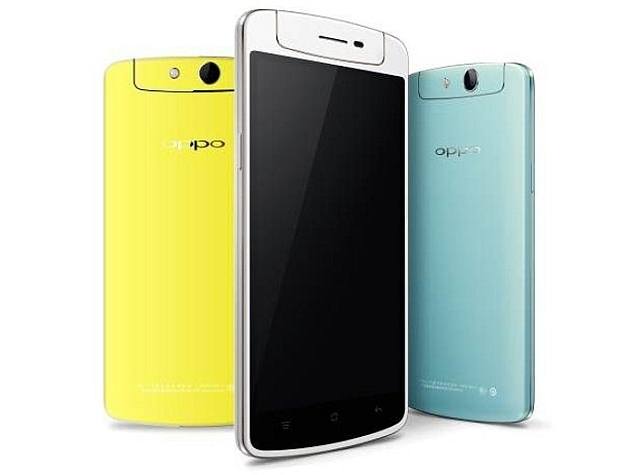 Oppo has officially launched the Oppo N1 Mini along with the Oppo R3 at a press event in China on Tuesday.

Earlier the company had listed the N1 Mini on its website in China without any pricing and availability details.

The Oppo N1 Mini is a single-SIM smartphone that runs on Android 4.3 Jelly Bean with the company's custom skin, ColorOS 1.4, on top of it. It features a 5-inch (720x1280 pixel) display made by JDI.

The smartphone comes with 16GB of inbuilt storage, while there is no expandable storage support. The N1 Mini supports Bluetooth, Wi-Fi, Wi-Fi Direct, GPRS/ EDGE, GPS/ A-GPS, 4G LTE and 3G connectivity options. The Oppo N1 Mini is backed by a 2140mAh battery, and is 9.2mm thick with 150 grams weight. It comes in White, Blue and Yellow colour options.

Coming to Oppo R3, the Chinese manufacturer is calling it "the world's thinnest 4G handset" that measures only 6.3 mm in thickness. The single-SIM smartphone runs on Android Jelly Bean (unknown version) with the company's custom skin, ColorOS 1.4, on top.