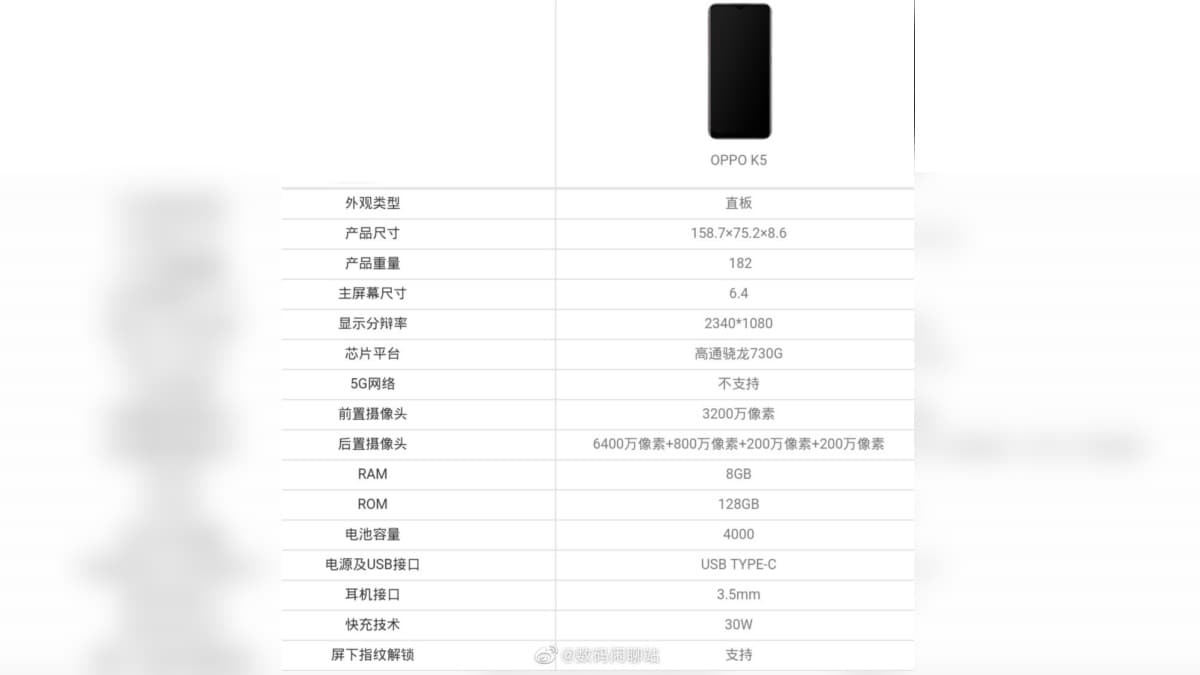 Oppo unveiled its in-house VOOC 4.0 Flash Charge fast charging technology earlier this month, and revealed that it will debut on an upcoming smartphone called the Oppo K5. While the company is yet to launch the phone, purported key specifications of the Oppo K5 have already surfaced online. The phone is said to feature 30W fast charging support. It is also tipped to pack a 64-megapixel primary camera, catching up with rivals such as the Redmi Note 8 Pro.

The Oppo K5 leak, which comes courtesy of a Weibo account named Digital Chat Station, claims that the phone will be powered by the octa-core Qualcomm Snapdragon 730G SoC, ticking alongside 8GB of RAM and 128GB of internal storage. The tipster further notes that the Oppo K5 will feature a 6.4-inch full-HD+ (1080 x 2340 pixels) display. And if the Oppo K3's specifications are anything to go by, the Oppo K5 will most likely employ an AMOLED display as well.

The phone is also tipped to include a 4,000mAh battery with 30W fast charging support. A USB Type-C port will be there for charging and file transfer, and thankfully, the 3.5mm headphone jack has also reportedly been retained. The Oppo K5 is said to measure 158.7 x 75.2 x 8.6mm and will tip the scales at 182 grams. As of now, the Chinese smartphone maker is yet to confirm when the Oppo K5 will go official in China and overseas markets, including India.